How Our Brains Work, Even While We're Sleeping 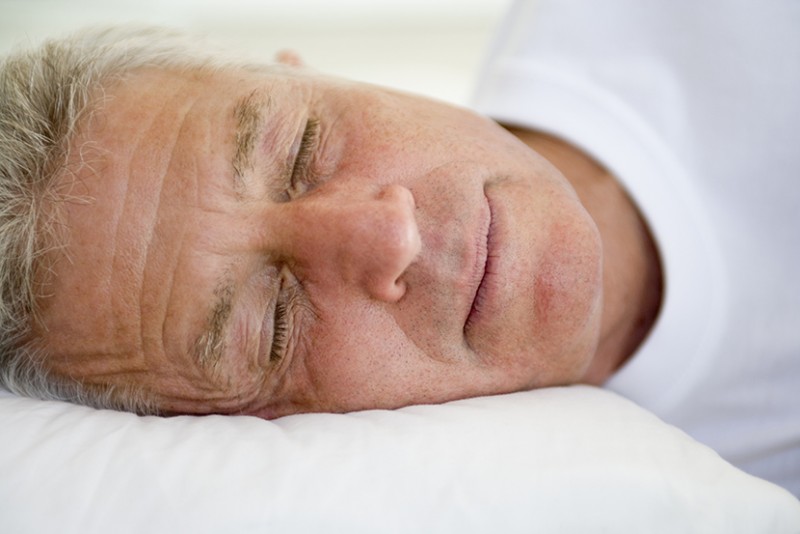 There may be no better time than now to recognize our brains for the great work they do, and to thank sleep for making the other 16 hours or so of the day that much more bearable. The brain and sleep – it’s nearly impossible to have one at peak performance without the other hitting on all cylinders, so it only makes sense we pay them their due respects at the same time.

Brain Awareness Week is a global celebration launched by The Dana Alliance for Brain Initiatives. It's a time for all of us to appreciate all that the brain does for us and to bring attention to ongoing advances in brain science (i.e., neurology) and advocating for continued financial support in that regard. Amazing research continues in many areas, as pointed out by ngm.nationalgeographic.com, such as mapping the 100,000 miles of wiring in the human brain, drilling down into a better understanding of individual nerve cells (neurons), and how those neurons produce and utilize thousands of various protein types. The term “mind-boggling” comes to mind.

One subject that continues to challenge scientists – we might even go as far as to say “stymie” or “mystify” them – is how the brain works while we sleep, and even what the biological purpose of sleep is. A few things we do know, as scientificamerican.com points out, is that sleep “serves to reenergize the body’s cells, clear waste from the brain, and support learning and memory." But there probably is a lot more to it than that, and scientists are losing sleep (we conjecture) trying to figure it all out.

Even when we are asleep – in an unconscious state – our brain is not only operating (it must be, considering how so many of us are active dreamers), it is apparently performing highly cognitive functions. Recent research, as cited at huffingtonpost.com, suggests that when we are asleep, our brain for at least part of that time is processing information and preparing for our future actions; essentially, it is making decisions while we are unconscious.

In a sense, our brains are working overtime creating new memories, and seemingly "enjoying" the process because with proper rest (eight hours a night is the rule of thumb) we usually awake with a fresher mind and sharper thought patterns, even if we are dragging a bit for the first 20 or 30 minutes after rolling out of the hay.

"We've learned that sleep before learning helps prepare your brain for initial formation of memories," says Dr. Matthew Walker, a sleep researcher at Cal-Berkeley speaking to the National Institutes of Health. "And then, sleep after learning is essential to help save and cement that new information into the architecture of the brain, meaning that you're less likely to forget it."

A word to the wise for college students: pulling that all-nighter to prep for your next big exam might not be such a good idea. Walker, per Huffington Post, says burning the midnight-6 a.m. oil could hinder your ability to learn new information by 40 percent. Want a good grade on the test? Get some sleep first.

Here's another way of looking at what the brain can do to hold up its end of the bargain while we slave away sawing our logs: our brains also are involved in a detoxification of sorts, if we are to believe research done on mice at the University of Rochester. The space between brain cells was increased during the time the mice slept, permitting the brain to flush out toxic molecules. To put it another way, we require sleep because it cleans up the brain. It's the tireless janitorial crew doing its thing all through the night.

Some of what the brain does is just outright uncanny. You know how a sleeping person will usually roll over or otherwise rearrange his or her body once or twice an hour? To knock down a long-held assumption, such movement is probably NOT a sign of fitful sleeping habits – experts say it might be the body's way (on the brain's orders) of ensuring that the circulation in our body and skin doesn't get cut off anywhere. Our brain and our sleep are looking out for us!

Making sense of dreams? That's for another time. For now, just take great care of your brain, to include proper diet and, of course, getting a good night's sleep. Consider this your wakeup call to keeping your head on straight.