How Cinnamon Can “Sweeten” Your Health 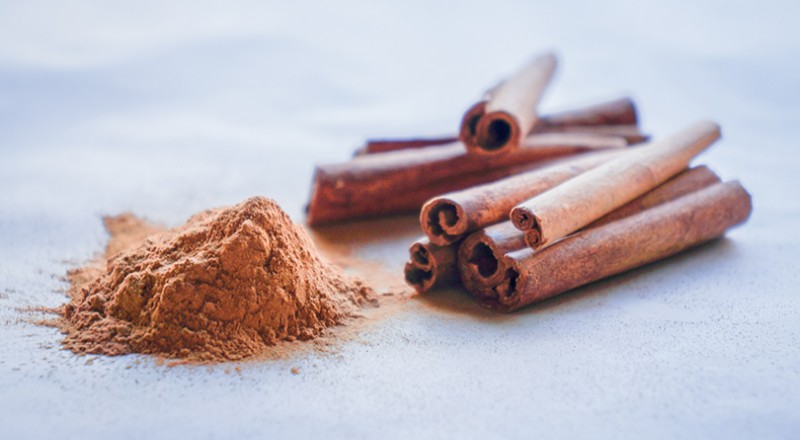 Cinnamon is a commonplace and colorful spice that we often take for granted. This highly flavorful and slightly sweet spice is a great addition to many foods, and has a variety of potential health benefits as well. In this article, we'll take a closer look at cinnamon, and the benefits that it has been touted to provide.

Some Background on Cinnamon

Everydayhealth.com tells us some information about Cinnamon:

Cinnamon is a spice which is derived from the bark of one of several Cinnamomum species, a family of evergreen trees. The primary types of cinnamon are from Cinnamomum species native to eastern countries; These include Cinnamomum cassia from China, which is the most common strain of store-bought cinnamon here in the U.S., and Cinnamomum verum from Sri Lanka, a less common and higher-quality strain of cinnamon.

There are long traditions of cinnamon's utility and usage in the East. For hundreds of years, cinnamon was traded and valued because of its use not just for cooking, but for its powerful scent. The ancient Egyptians, Romans, and Hebrews used cinnamon in various religious rites and burial traditions.

Now, cinnamon is commonly used primarily in cooking, but is also renowned for its various potential health benefits. It is commonly available in supplement form, for those who wish to take it daily in the easiest way possible.

The Health Benefits of Cinnamon

An antioxidant: Cinnamon is chock-full of various antioxidant substances including polyphenols. Antioxidants provide a few different benefits, one of them being the combatting of free radicals. Free radicals are chemicals released on the skin and elsewhere in the body that promote the aging process.

Fighting infections from bacteria and fungi is another potential benefit of cinnamon, The scientific evidence for this claim is insufficient overall. But, it has been shown to stifle the growth of the Listeria and Salmonella bacteria. The active compound in cinnamon that has these apparent effects is cinnamaldehyde.

Improved heart health through the regulation of triglyceride production is another benefit of cinnamon. Meals that are high in fat are high in triglycerides, which are linked to an increased risk of heart disease if they are consumed to excess over time; This is common in individuals who are overweight. In one study, two tablespoons of cinnamon was shown to greatly reduce the production of triglycerides after a high-fat meal. Consider taking cinnamon on a regular basis if you are overweight, eating high-fat foods, or are at risk of heart disease.

Improved cognitive function is a potential short-term benefit of cinnamon. In one study, participants' visual-motor scores and attention spans were improved during testing simply by chewing cinnamon gum. It is the strong aromatic effects of cinnamon that are thought to help stimulate the brain.

Stabilizing blood sugar is a valuable benefit of cinnamon, especially for individuals who are diabetic. Per draxe.com, cinnamon blocks the activity of several digestive enzymes that cause sugar to be absorbed into the bloodstream after the consumption of carbohydrates. It can also help increase the body's sensitivity to insulin. And since cinnamon is sweet, it can make for a valuable alternative to sugar.

Now that you've seen the potential of cinnamon, check out our selection of cinnamon products.
* Statements have not been evaluated by the Food and Drug Administration. This product is not intended to diagnose, treat, cure or prevent any disease. WonderLabs always recommends reviewing any nutritional supplement changes with your primary medical provider.