How Can Alfalfa Leaves Benefit my Health? 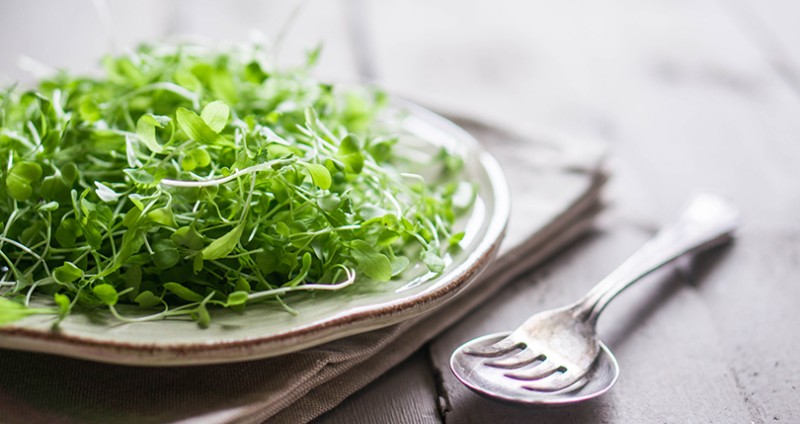 Alfalfa is good for animals and it can also contribute to the healthy well-being of humans. For centuries, alfalfa, is a plant that has been cultivated as a source of feed for livestock because of its exceptional provision of nutrients, minerals and proteins, setting it apart from other feed sources. Its versatility also has made alfalfa a long-time staple as a medicinal herb for people, with its seeds and leaves available in supplement form, although its seeds can also be sprouted and eaten as alfalfa sprouts.

Per healthline.com, alfalfa is loaded with vitamin K as well as a host of other healthy nutrients that include vitamin C, copper, manganese, and folate. Best of all, alfalfa sprouts provide all the same nutrients as alfalfa leaves and, perhaps best of all, they are also very low in calories. Alfalfa is also rich in bioactive compounds, namely saponins, coumarins, flavonoids, phytosterols, phytoestrogens, and alkaloids.

How Does Alfalfa Work, and Where Does It Come From?

Research has shown that alfalfa, when consumed, apparently works to prevent the absorption of cholesterol in your gut, per medicinenet.com. Along with that, it has also been touted for its apparent ability to improve digestion and protect heart health, per organicfacts.net.

Part of the legume family of plants, alfalfa is also considered an herb. It was originally cultivated in south-central Asia, although it has since become recognized as a significant foraging crop in nations around the world, and it is sometimes referred to as “lucerne” in Europe and other countries. Its impressive nutritional content and versatility in terms of uses, per organicfacts.net, has elevated its sterling international recognition.

A Summary of Alfalfa’s Benefits

Alfalfa in its various forms (leaves, seeds, and sprouts) can provide a number of health benefits, but as widespread as its use is, you should be careful to not overindulge. Excessively consumed alfalfa can produce side effects such as possible inducement of contractions or uterine stimulation if you are pregnant. Also be aware that the interaction of its vitamin K with blood thinners can possibly reducing the effectiveness of such medications. The message here is moderation, and the recommendation is a consultation with your physician or a licensed nutritionist to carefully check out alfalfa and its suitability for you. Now, the purported health benefits: