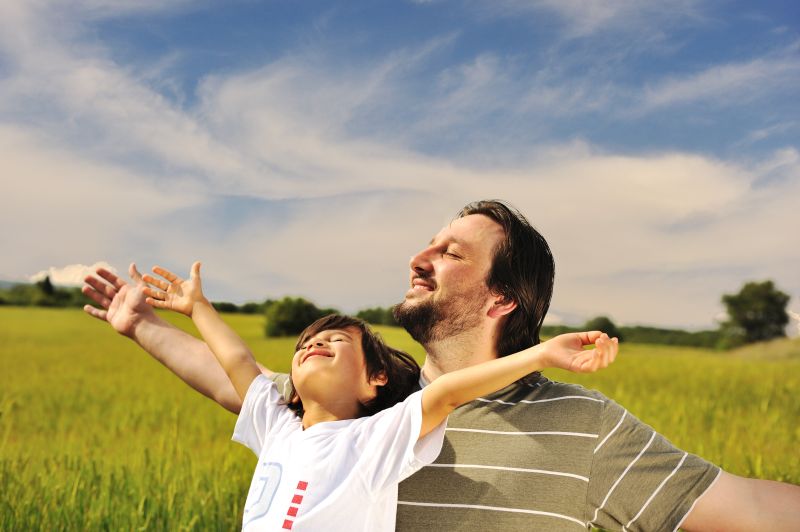 "Get out and get some sun" has long been a popular suggestion aimed at those we care about. Perhaps they have been cooped up inside the house too long or are letting their ornery side show through a bit too much.

Truth is, getting some sun might just be what the doctor ordered for someone with a Vitamin D deficiency, with one of the symptoms of a body's lack of D being moodiness, even on the edge of depression. The sun is one of life's most potent stimulants of Vitamin D production in our skin. Even just 15 minutes at a time can be very beneficial without risking the sort of exposure to the sun that can mean trouble for the skin.

Now you know why Vitamin D is often referred to as the "sunshine vitamin." A Vitamin D deficiency has often been most closely linked to rickets, per webmd.com, a disease that can result in soft bones and skeletal deformities because of bone tissue not mineralizing properly. Other symptoms and health risks include muscle weakness, unexplained fatigue, increased risk of death from cardiovascular disease, cognitive impairment in older adults, severe asthma in children and cancer.

Research also has indicated that Vitamin D can play a part in the prevention and treatment of diabetes, high blood pressure, glucose intolerance and multiple sclerosis. The vitamin plays a role in helping our bodies to absorb calcium while maintaining healthy calcium and phosphate levels and reducing inflammation. Harvard University researchers have estimated that about a billion people worldwide are lacking sufficient levels of Vitamin D.

While the sun is a handy and effective source of Vitamin D production, it's not the only source. Foods naturally high in the vitamin include fatty fish such as mackerel, salmon and tuna; beef; cheese; egg yolks; fish liver oils; and mushrooms, says healthline.com. Other foods commonly fortified with Vitamin D added by manufacturers include milk, breakfast cereals, yogurt, orange juice and margarine.

Exposing yourself to sun's rays without going outdoors—such as sitting by a window on a sunny day—won't help much. Ultraviolet B radiation, which is the type of radiation that stimulates production, can't penetrate glass. Wearing sunscreen also will hinder Vitamin D production from the sun. So be prepared to go outside, but also count the minutes. The benefits aren't worth a bad sunburn, and when you think about it, is there any kind of a sunburn that isn't bad?

Experts agree that some groups of people are more likely than others to have a shortage of Vitamin D in their bodies—those include people who are obese, have dark sin, or are on the north side of age 65.

Mayo Clinic says the recommended Dietary Allowance (RDA) for adults is 600 International Units (IU) of Vitamin D daily, with folks 70 and older advised to shoot for 800 IU a day. Focusing on D-fortified foods and getting a bit more sun exposure will help, as can supplements, to include not just multivitamins but also those concentrated with Vitamin D.

Earlier, we mentioned how a lack of Vitamin D can mean increased risk of cancer, a claim commonly made when discussing healthy vitamins and foods. So, what makes Vitamin D so special in that regard? That's because our bodies break down Vitamin D3, according to drugs.com, into a cancer-fighting substance known as calcitriol.

To sum up, here are five signs you have a Vitamin D deficiency worth keeping under your favorite sun hat for future reference, courtesy of prevention.com: