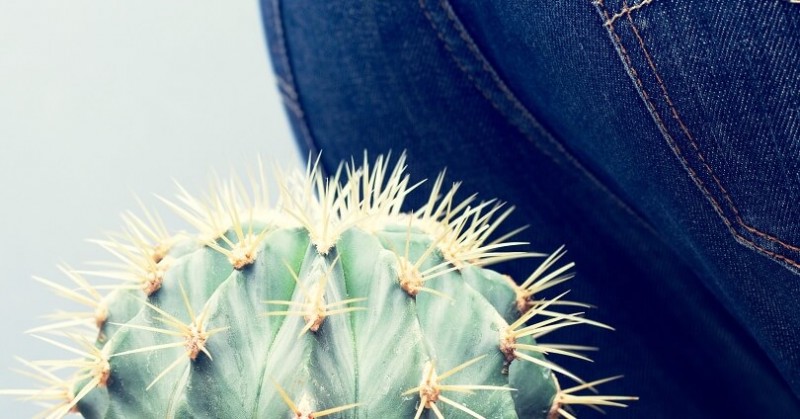 Hemorrhoids are swollen veins in the anus and lower part of the rectum, most commonly known for the bleeding that happens as a result. Hemorrhoids are typically not dangerous, and will heal in a matter of days. You should see a doctor if you experience bleeding from your rectum, or if the hemorrhoid does not heal within a week of at-home treatment.

There are different types of hemorrhoids. Internal hemorrhoids occur farther within the rectum and are usually only evidenced by blood observed during bowel movements. On the other hand, external hemorrhoids are closer to or on the anus, and are typically more noticeable and painful; These are associated with bleeding, itching, and swelling. There is also a third type, known as a thrombosed hemorrhoid, which is a blood clot that occurs as part of an external hemorrhoid.

Various causes exist for hemorrhoids; many of them are within your control, but some are not. simple things like sitting on the toilet too long or straining during a bowel movement can cause a hemorrhoid. A low-fiber diet can also cause them, as well as chronic constipation and/or diarrhea. Lastly, bodily processes such as pregnancy and aging can also precipitate the development of hemorrhoids. Considering the variety of possible causes, it is important to keep the following recommendations in mind if you are having trouble with hemorrhoids.

Psyllium husk is a fiber supplement, and is helpful in smoothing bowel movements by softening stool. It?s best to ease into this supplement, as taking too much at once can cause side effects such as gas and cramping. It?s also important to drink water alongside taking psyllium husk. The improvements to digestion and bowel movements will not cure hemorrhoids, but it can lessen your chance of developing them.

Hydrocortisone or a hemorrhoidal cream can be applied directly to the affected area. This can help relieve the pain, swelling, and inflammation from a hemorrhoid.

Witch hazel is one of the premier herbs thought to help relieve hemorrhoids naturally. Witch hazel contains tannins and oils that can both reduce bleeding, and slow inflammation associated with hemorrhoids.

Eat high-fiber foods Fiber catalyzes the bowel movement process, so to speak, by softening stool and increasing its bulk. Essentially, fiber makes it easier for you to poop. As a result, you are less likely to experience constipation or any strain during bowel movements. This will decrease the chances of developing a hemorrhoid.

A sitz bath can be an effective way to relieve the pain and irritation of a hemorrhoid. A sitz bath, which is a small fixture that attaches to your toilet, can be purchased at your local pharmacy. It is recommended that you take a 15-minute sitz bath after a bowel movement to find some physical relief for your symptoms. Doing so more than once per day can be especially worthwhile.

Exercise is a useful means to improving your health in many ways, hemorrhoid prevention included. This can keep your bowels moving such that stool is ready to be released. This makes bowel movement easier, and less difficult if you tend to already experience difficulty during constipation.