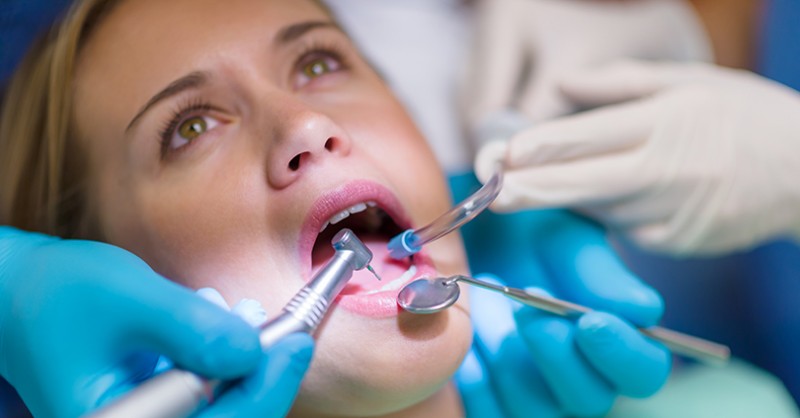 Two trips a year to the dentist is what health care professionals have recommended for decades, the idea being to keep your teeth strong, healthy, clean, and secure in your mouth. But that’s just the half of it. There’s also the matter of taking care of your gums. If you don’t have healthy gums, you risk health problems that can turn serious, starting with the loss of your teeth no longer properly anchored in your gums.

Per 123dentist.com, gums are “the hero of the mouth” on several fronts – for those reasons mentioned above as well as for protecting your oral bones and taking the fight to unhealthy bacteria on a daily basis. That’s why it’s important to brush your teeth at least twice a day and floss daily, the idea being also to remove food particles and plaque from between your teeth and keep them from getting beneath the surface of your gums.

Gum Disease Is Common . . . and Serious

It’s not only the health of your teeth and gums that are at stake here; left unchecked, gum disease could lead to heart problems or other chronic inflammatory issues such as diabetes and even rheumatoid arthritis, per weightandwellness.com.

The precursor to actual gum disease is gingivitis, an inflammation of the gums caused by the buildup of bacteria-laden plaque in your mouth. Your gums become inflamed, and bleeding can result during tooth brushing, per webmd.com. At this point, even though your gums are irritated, your teeth remain firmly planted in their sockets, with no irreversible bone or tissue damage yet in place.

If your gingivitis is left unchecked, however, your condition can advance to periodontitis. In such a case, the inner layer of the gum and bone pull away from the teeth, forming spaces between the teeth and gums where debris can gather and eventually become infected. Over time, the toxins manufactured by the plaque bacteria as well as your body’s enzymes staving off infections can break down the bone and connective tissue securing your teeth, leading to tooth loss in adults.

Other factors that can play into the development and advancement of gum disease can include bad habits such as smoking, the lack of good habits such as daily brushing and flossing, illnesses or diseases such as diabetes or HIV, hormonal changes, and family history of such problems.

The development of gum disease usually isn’t painful, and the signs can be subtle, but here are some things to watch for, per webmd.com:

We get it; keeping track of which foods and nutrients can help with whatever aspect of your health is of most concern to you can be a daunting task. Still, though, it is an important consideration in terms of taking proper care of your gums and perhaps even reversing at least the early stages of gingivitis. Following are some foods and nutrients that can help you in this regard: