Gluten-free Is More than Just a Trendy Term 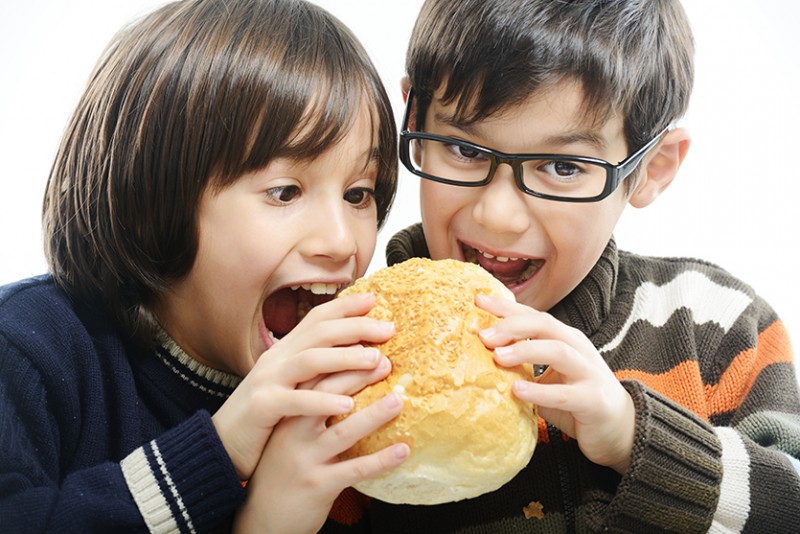 At first for the unwitting among us, it sounded like a fad cooked up to con masses of people into spending billions of dollars on a whole new category of food—gluten-free food that would be healthier and safer than anything else on the market. Healthier, that is, for anyone with celiac disease, whatever the heck that is, right? Well, yeah, except this has turned out to be no fad, and it addresses a disease with symptoms triggered when eating food with gluten in it.

Almost every dinner table in America is loaded with gluten, perhaps unbeknownst to most. Not unbeknownst to everyone. Millions of people have been diagnosed with celiac disease, an autoimmune disorder that webmd.com describes as a condition causing intestinal damage when food with gluten is consumed. The disease affects about 1 percent of the U.S. population, or more than 3 million people. Symptoms usually include abdominal pain accompanied by diarrhea, although gluten can be causing damage to our small intestines even when we feel nothing.

That number of sufferers gets much larger—closer to 20 million—when you count heads of anyone who has admitted to experiencing distress after eating foods with gluten, a natural part of wheat that gives baked goods their elasticity. Roughly a third of all American adults reportedly are attempting to eliminate gluten from their diets. Wheat is not the lone culprit—gluten can also be found in barley and rye products.

Public awareness of gluten and celiac disease has, in a sense, gone from zero to 60 in about five seconds. One of the key messengers in this phenomenon has been cardiologist William Davis, author of the groundbreaking best seller "Wheat Belly," which essentially treats gluten as a poison. Gluten is to be blamed, Davis warns, "for everything from arthritis to asthma to multiple sclerosis to schizophrenia," per New Yorker magazine.

The incidence of celiac disease is on the rise, too, and not because increased public awareness is bringing celiac sufferers out of the closet. "It's not just that we are better at finding it," said Dr. Joseph A. Murray, a Mayo Clinic gastroenterologist quoted in a 2011 New York Times article. "It truly has become more common." So much so, in fact, that when Murray compared blood samples from the 1990s against those in the 1950s, he found that young people today are nearly five times as likely to have celiac disease, and for reasons unknown.

Maybe this gluten-free kick needs to be a kick to our pants, a wakeup call. The Times also reports that in the two years between 2009 and 2011, a leading testing company had seen requests for celiac blood tests jump by 25 percent. Also, as of 2011, about 18 million Americans had reported some degree of gluten sensitivity, even if they haven't been diagnosed with celiac disease. It's no wonder that the gluten-free market has been a billions-of-dollars industry for about the last 10 years and growing at a rate of about 33 percent annually.

"I've been gluten-free these last four years, and it has changed my life,’’ Marie Papp, a photographer, told  in 2014. "I would have headaches, nausea, trouble sleeping. I know that I'm intolerant because I gave it up and I felt better. That explanation is probably not scientific enough for you. But I know how I felt, how I feel, and what I did to make it change."

Dealing with celiac disease, or even "just" increased gluten sensitivity, is a lifelong endeavor It requires a significant change in diet and a 24/7 awareness of what you are putting into your body each time you open your mouth. As painful as it is to read, here's a list of some of the things that should be jettisoned from the diets of gluten-sensitive folks, according to Mayo Clinic:

Vigilant scrutiny of food labels is a no-brainer for gluten sufferers, but even that might not be enough. Some otherwise gluten free foods get accidentally contaminated with gluten when processed by the same equipment used to process gluten products and not cleaned thoroughly. When eating out in restaurants, sufferers need to choose their appetizers, entrees, side dishes and desserts carefully. Ask questions of wait staff about possible cross-contamination. If they don't know, ask to speak with a manager to see what he or she might now. Seriously, this is nothing to trifle with.

There is good news, however, thanks to a nimble food industry that has developed gluten free substitutes for many food products otherwise verboten, using alternative flours and grains. Gluten-free pizza? Yes. Bread without gluten? You bet. Cookies? Those too. Shifting from a no-holds-barred diet to one that is gluten-free is a major adjustment that gets easier over time. However, gluten-free dieters need to keep an eagle eye out to make sure that adhering to such a restricted diet isn't leaving them short on the following vitamins and nutrients:

If you are unsure about where your diet is taking you in terms of vitamins and nutrients, a discussion with a dietician or nutritionist is in order. You might be in store for adding nutritional supplements and vitamins to your pantry cabinet.