GERD Awareness Week: What to Be Aware Of 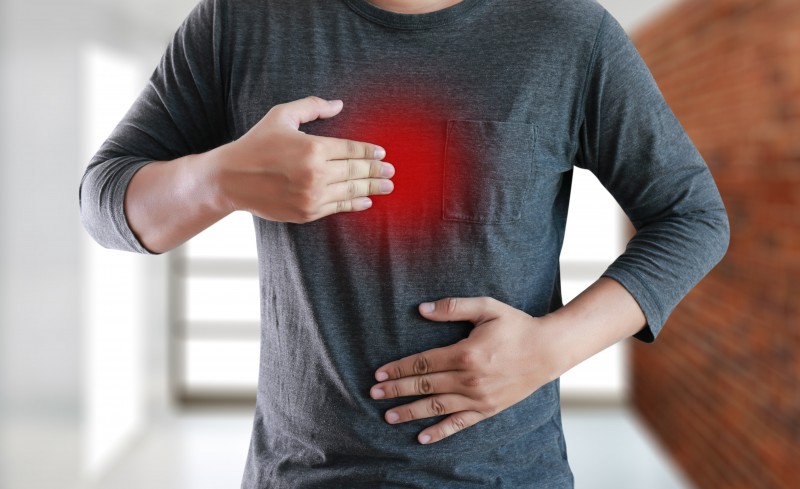 It’s no coincidence that GERD Awareness Week coincides with Thanksgiving week. GERD, which is spelled out below, is a disease that can lead to persistent indigestion and heartburn, and what time of year is better known for millions of Americans stuffing their faces and tummies is the fourth week in November.

The disorder known as gastroesophageal reflux disease (GERD) is one that leads to indigestion, as well as heartburn, on a repeated basis. GERD affects the lower esophageal sphincter (LES), a muscle between the esophagus and lower stomach, causing it to work ineffectively. The LES of someone experiencing GERD will tend to weaken, allowing stomach acid to flow up into the esophagus.

Acid reflux, or heartburn, is the foremost symptom of GERD. It occurs when stomach acid passes through the LES to enter the esophagus. Feelings of burning, pressure, and pain often occur during heartburn. It is most likely to happen after meals, and it can last for as long as two hours. It should be noted that occasional acid reflux due to overeating or other factors does not mean that one has GERD. Those with GERD experience acid reflux repeatedly over time.

So, this year November 20-26 is GERD Awareness Week. Considering the propensity of many Americans to eat well (to put it nicely) during Thanksgiving celebrations, it is an ideal time to be aware of GERD.

Different things can lead to the development of GERD. Medical causes of GERD include a hiatal hernia, and gastroparesis (delayed emptying of the stomach). Pregnancy can also lead to GERD.

Certain lifestyle factors precipitate GERD, and its symptoms. Obesity is a primary lifestyle factor that increases the chances of GERD symptoms. Others include smoking, eating large meals, eating before bed, and some medications such as aspirin. Certain foods can also cause GERD symptoms: these include chocolate, fatty foods, fried foods, coffee, and alcohol. Limiting these factors can help one avoid GERD symptoms.

Some over-the-counter supplements have the ability to help mitigate the symptoms of GERD. Talk to your doctor about using one of these supplements before you dive headlong into using any of them.

DGL (deglycyrrhizinated licorice) is a substance that can help remedy inflammation that is associated with GERD. It is recommended that a chewable oral supplement be taken a few times daily, ideally a half an hour before a meal, or two hours afterward. This form of licorice is different from others in that it does not have the side effect of causing hypertension.

Ginger is useful for addressing indigestion. Ginger, when taken regularly as a supplement, has been shown to help alleviate indigestion and the stomach pain that comes with it. Ginger could also speed the emptying of the stomach. This certainly would be useful for those experiencing GERD due to delayed stomach emptying.

Melatonin, because it is a chemical produced in the body for the purposes of inducing sleep, is thought of as a sleep aid. However, studies have linked melatonin with a reduction of GERD symptoms. This is probably because low levels of melatonin have been linked with a higher risk of acid reflux, and other digestive disorders.

Probiotics have the potential to alleviate GERD symptoms by reducing the flourishing of negative gut bacteria. An excess of unhelpful gut bacteria can increase the presence of intestinal gas and the upward reflux of stomach acid. A probiotic supplement has the potential to reduce these.