Gallbladders Can Be a Real Pain 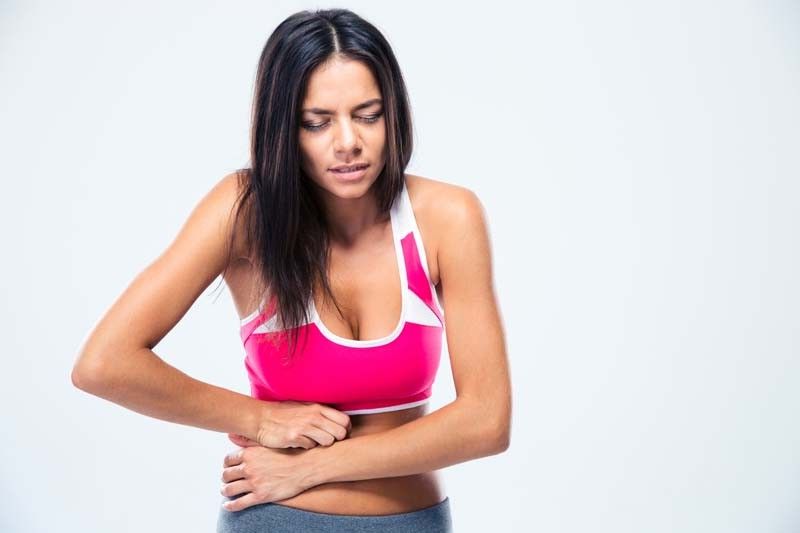 Naming and knowing about the organs inside our body can be a tough task for those of us who didn’t major in pre-med or biology in college. Let’s see . . . there’s the heart, the abdomen, the liver, the pancreas, the brain (of course), the kidneys, the spleen, the intestines . . . on and on and so on and so forth. Then there’s something called the gall bladder, a small, pear-shaped organ connected to the liver and intestines, and vital to (although not indispensable to) the digestion of our food.

Although we’ve heard of it, most of us don’t really know what the gall bladder is, where it’s located or what purpose it serves. So let’s talk about that just a bit. Simply put, it’s located in proximity to our stomach, naturally, and its function is to store bile, a digestive fluid that gets released through tubes, or ducts, to break down the food we eat. It is especially effective in working with fatty foods, which, of course, we ALL are very careful about avoiding as much as possible.

Here’s the thing about gallbladders, though: they can be a real pain, often the result of years and years of careless diets consisting of such things as fried foods, highly processed foods such as donuts and cookies, whole-milk dairy products (cheese, butter, etc.) and fatty red meat, according to webmd.com.

We’ve all heard of kidney stones, which can be excruciating. Not to be outdone, the gallbladder can produce gallstones comprised of hardened fluid, often cholesterol. These can be as small as sand pebbles or as large as golf balls, and can become a real pain when blocking a bile duct or tube, producing symptoms such as nausea, vomiting, stomach or abdominal pain, yellowish eyes and skin and tea-colored urine. Gallstones, which many people have but will never experience the symptoms of blockage, can also be accompanied by chest pain and difficulty breathing, which is why this condition can also be mistaken for a heart attack.

There’s more—another condition known as cholecystitis involves inflammation of the gallbladder, and it can be a source of great physical distress as well, in the forms of nausea, vomiting, fever, and sudden, severe pain in the upper right quadrant of the abdomen. While neither gallstones nor cholecystitis are considered life-threatening, they should not be brushed off as mere indigestion or a twenty-four-hour stomach bug. A visit to your doctor, a care clinic or an emergency room might be in order.

Here’s the thing about gallstones and cholecystitis: there are treatments and medications for each, but they aren’t considered particularly effective in the long run. Quite often surgery to remove the gallbladder is considered the best resort. The good news is that such gallbladder surgery has become relatively common (750,000 surgeries a year in North America, according to draxe.com), and our bodies can continue to function reasonably well without the gallbladder, although a brief recovery time as well as a change in diet will be necessary following surgery.

How to Manage Gallbladder Pain and Problems

So, how best to deal with gallbladder problems? Preventative measures, focused mainly on what and how we eat, are in order. Here are several strategies to follow:

1. Noted health-and-wellness expert Dr. Andrew Weil says drinking six to eight glasses of water a day—which also is a common weight-loss tactic—will help keep the bile in your gallbladder fluid while aiding in the digestion and absorption of fat.

2. If you are overweight, start losing it, but do it gradually: a pound or two a week on average is recommended. That said, avoid crash or yo-yo diets---those can actually do more harm than good to your gallbladder by disrupting the balance between cholesterol and bile salts, according to webmd.com.

3. Earlier we talked about foods to avoid. Now, here are some foods healthy for your gallbladder: fresh fruits and veggies (no surprise there), whole grains (brown rice, bran cereal, etc.), lean meat as well as poultry (chicken) and fish, and low-fat dairy products. Assorted other food items mentioned include sprouted nuts and seeds (flax, chia, hemp, etc.) and lean protein such as turkey, grass-fed beef and bison.

5. Dr. Weil also prescribed 300 milligrams of curcumin three times daily to aid the solubility of your bile. An extra 200 milligrams a day of Vitamin C also fits the bill, as does limiting your intake of sugar—as sugar can promote unwanted gallstone formation.