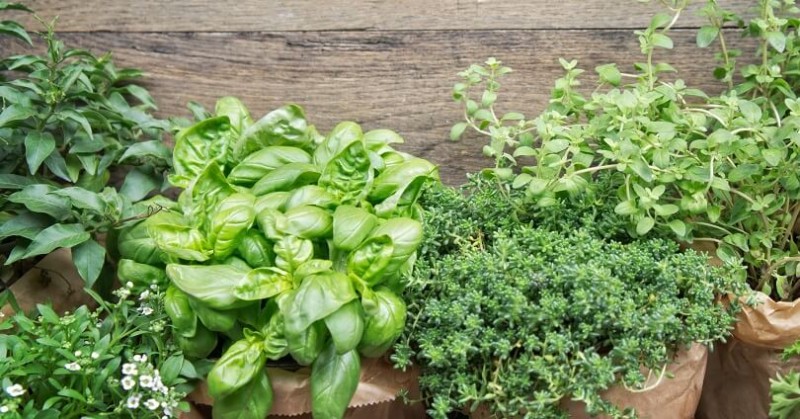 Herbal supplements have become a common commodity for Americans. Herbs and spices have the potential to protect against acute and chronic diseases. They also explain that, "There is now ample evidence that spices and herbs possess antioxidant, anti-inflammatory, anti-tumorigenic, anti- carcinogenic, and glucose- and cholesterol-lowering activities as well as properties that affect cognition and mood." This is good news.

In recent years, herbs have become more and more commonplace among Americans for their use as medicinal remedies. The use of herbs for medicinal purposes actually dates back thousands of years. Therefore, it is no wonder that herbs have resurfaced in the mainstream for their health benefits. Many of these health benefits are backed up by science.

It is worth noting that the nature of herbal supplements is distinctively different from that of pharmaceutical medications. Pharmaceutical medications contain certain distilled plant ingredients. However, herbal supplements are made directly from plant material, and may contain the ingredients of a whole plant. Always talk to your doctor before trying a new supplement, or incorporating it into your routine.

Ginkgo Biloba is a plant with a long history of medicinal use in China, and is known now for its antioxidant and anti-inflammatory uses. It has been credited as boosting cognitive function, memory, and even positive mood. It is also thought to help increase vascular dilation, which may relate to the cognitive benefits, as well as its potential to promote recovery from strokes, and treat some circulatory problems.

Turmeric is a spice with a rich reputation as a treatment for a variety of different ailments. One of the foremost benefits of turmeric is its ability to lessen inflammation. Additionally, there is scientific evidence to show that it may be effective at treating the symptoms of arthritis, as well as supporting good cognition. Furthermore, the anti-inflammatory benefits of turmeric make it particularly beneficial to the gut microbiome, which in turn supports the immune system, and other bodily systems.

Ginseng is a slow-growing root, steeped in Chinese traditional medicine. One of ginsengs benefits is reducing inflammation; Scientific studies have shown that ginseng is helpful in reducing inflammatory markers in young male athletes, as well as in post-menopausal women. The means by which ginseng may do this is by reducing oxidative stress, which increases antioxidant enzyme activity in the body.

Bilberry is a plant whose ripe and dried fruit and leaves are incorporated into supplements. The primary utility of bilberry supplement is improving symptoms of pain, burning, and swelling in individuals with chronic venous insufficiency, a condition which causes the legs to swell. It has other potential uses including treating high blood sugar levels, as well as vision problems, that may occur in diabetic individuals.

Echinacea is a popular and commonly recommended antiviral herb. Various scientific studies have shown consistent echinacea supplementation to be helpful during cold season, as it helps to reduce both incidence and duration of the common cold. Other studies show that it can also be helpful in reducing the duration of the seasonal flu, and some lab science suggests that it has the potential to prevent contraction of the flu in humans.

Saw palmetto is a shrub-like plant native to the southwestern U.S. The foremost benefit is that it supplements the treatment of benign prostatic hypertrophy (BPH). BPH is a very common condition among men over 60, with a variety of causes, as well as medical treatments. Echinacea is useful in treating BPH because it inhibits testosterone from binding to and stimulating prostate cells, which reduces the enlarging of the prostate.

Licorice root is an herb that has been used to make a sweetener, but has also been renowned for a few different potential health benefits. The active ingredient in licorice root is Glycyrrhizin. The primary benefit of taking licorice root is its use in treating ulcers. It helps reduce these ulcers by promoting mucus production, which soothes the stomach, as well as by increasing blood flow to the stomach, which promotes ulcer healing. Research has also shown licorice root to be effective in slowing some types of viruses and bacterial growth.

Wild yam is a plant whose extract has several uses. This herb contains a substance known as diosgenin, which parallels estrogen in some ways once it enters the human body. It is thought to help relieve women of some of the symptoms of PMS and menopause, but there is no substantial scientific evidence to back these claims. Additionally, there is some evidence to suggest that taking wild yam supplement on a regular basis may improve cognitive function in some adults.