EGCG in Green Tea – The Secret to its Health Effects? 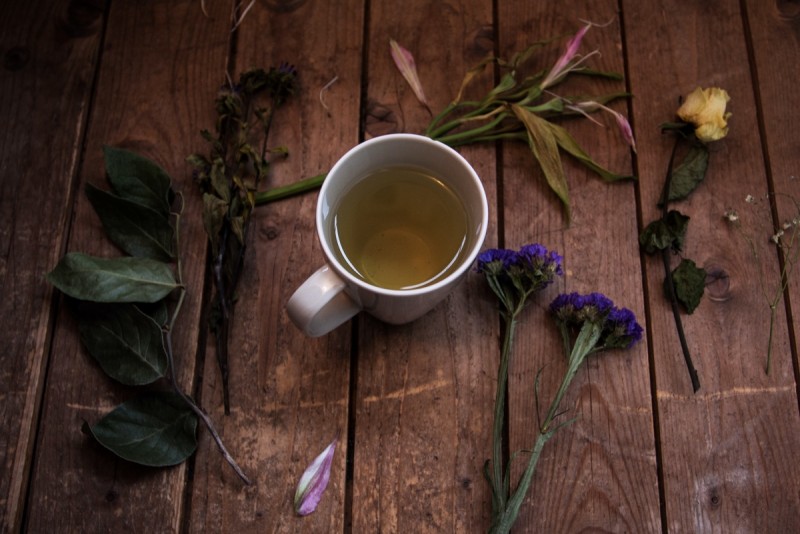 It's near-impossible to read an article on green tea without encountering its most famous component, EGCG.

EGCG, or Epigallocatechin Gallate, is a catechin you'll find in large quantities in your cup. Many of the benefits of green tea you'll read are really due to the EGCG in the cup instead of the other components.

Are you excited yet?

If you aren't, you will be soon – let's take a closer look at EGCG, its role in human health, and how you can incorporate it into your routine.

EGCG is a catechin, a plant compound belonging to the broader class of polyphenols. Polyphenols are a class of chemicals with numerous phenol structures inside, and confer plants many of their health benefits.

As a class, phenols – and by extension, catechins – are rather mysterious to us still, and unarguably poorly characterized.

EGCG is no exception, although it is one of the most studied chemicals. As you'll see, it's thought to have the potential to help prevent brain and heart disease, promote weight loss, and reduce systemic inflammation. This compound is exciting researchers as they see its potential in (perhaps) a protective effect against some forms of cancer.

The largest source of EGCG is in green tea, although it is also found in smaller proportions in white tea and black tea. (That doesn't mean it's all bad news, though – during the processing of black tea, EGCG is converted to other antioxidants such as theaflavin and thearubigins.)

You will also find EGCG in small proportions [PDF] in fruits such as peaches, plums cherries, kiwis, apple skin cranberries, and avocado. Nuts that have EGCG include hazelnuts, pecans, and Pistachios. You can also find EGCG in onions, red wine, legumes, dark chocolate, and carob.

What is a catechin?

Catechins are some of the exciting components found in tea, and part of the flavonoid family. Flavonoids – another class of polyphenol found mainly in plants – are ascribed all manner of positive benefits. Flavonoids in plants perform all sorts of useful functions, everything from affecting plant color to use in plant messaging functions.

And flavonoids (catechins are no exception) seem to have plenty of benefits on human health.

What sort of effects? We're investigating polyphenols and catechins for every word you can tack onto "anti": anti-inflammatory effects, antibacterial effects, antiviral effects, and more. More immediately, catechins have antioxidant effects – working against free radicals, which can damage cells and DNA in your body.

Catechins are being investigated for their effect on obesity, diabetes, cancer, neurodegenerative diseases, tooth decay, arteriosclerosis, and more. And – short of using carob flour – the best way to up your intake of catechins is by drinking green tea.

However – the majority of the catechins inside green tea are EGCG. The actual concentration varies quite a bit depending on everything from soil conditions to shade to steeping methodology. One study found a 43x difference in concentration of EGCG in 29 tea samples – the teas contained anywhere from 1 mg/g of EGCG up to 43.3 mg/g. As we've discussed, EGCG is the driver of many of the proven health benefits of green tea. While the jury is still out on many effects, let's zoom in and look at how EGCG might affect your cardiovascular health, improve your cholesterol, and possibly affect the course of some cancers.

Studies show that consumption of green tea (and all of its awesome catechins) positively affects cardiovascular health.

Indeed – that's quite the endorsement.

Taking EGCG in green tea can decrease ameliorate the effects of type-II diabetes, and positively affect cholesterol, as reported by researchers. It is thought that it works by interfering or inhibiting various processes, leaving you with improved blood markers (and better health!).

The potential of EGCG in cancer prevention has been a subject of study by researchers since 1983.

And it's still a promising subject. We have intriguing in vitro evidence that EGCG has potent anti-cancer and anti-tumor effects. Beyond that, we have evidence it has positive effects on many cancers.

While EGCG isn't a magic bullet by any means (and you should be wary of claims to the contrary), it could eventually be useful as part of a broader therapy for some cancers.

Although it is safe to take EGCG in green tea, excessive consumption has been associated with side effects such as dizziness, irritability, tremor, heartburn insomnia, nervousness, and irregular heart rate.

More concerning, there is some evidence that large quantities of EGCG can harm your liver. In high doses, it can even cause confusion and convulsions.

To that end, the European Food Safety Authority set an upper limit of 800 mg/day of EGCG in supplements. The US Federal Drug Administration currently issues no EGCG dosage guidance.

Final Thoughts: Working it into Your Diet

EGCG – and the other phenolic compounds in tea – are extremely exciting. Unlike many other popular supplements and compounds, catechins have actual human studies pointing to their array of health benefits.

(And for a change, many high-quality studies.)

While you can drink green tea for the catechins, it's hard to know how much you're consuming. Luckily, you can grab a quality green tea extract to quantify your dose (better yet – grab a larger bottle).

In my mind, though, it's worth getting them into your diet. At the end of the day – whichever way these last few studies break – catechins in general, and EGCG in particular, are a great addition to your diet.

Gerard Paul writes about food and drink over at ManyEats. He certainly prefers coffee to tea, but he's an EGCG true believer.