Echinacea Viewed as a Panacea for Whatever Ails You 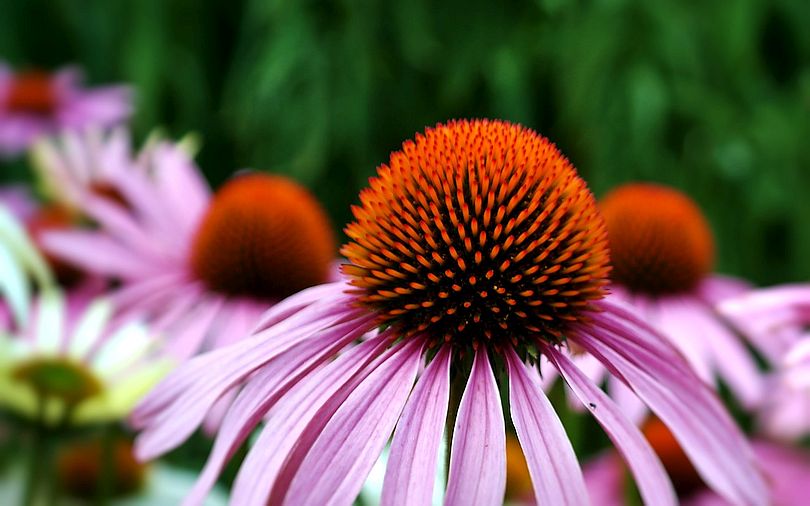 Every year it seems more and more people are discovering echinacea via word of mouth for its perceived ability to stave off oncoming assaults of the common cold and other upper-respiratory ailments. Then there are the herb's purported healing qualities aimed at dozens of other health issues. No question, echinacea has achieved acclaim as a sort of wonder herb, a modern-day marvel even, that only now is capturing the world's fancy.

Except for one thing, though: echinacea has actually been around a long, long time, even though millions of people are just now hearing about it. Listen closely: this might be the comeback of the century for the 21st century. For much of the first half of the 1900's, echinacea was formally recognized in the U.S. National Formulary, according to webmd.com, before it faded into oblivion, at least in the United States, with the emergence of antibiotics and a lack of scientific evidence confirming echinacea's medicinal powers.

The tide has now turned, and echinacea once again is back in the national consciousness as a popular over-the-counter product available in a variety of forms, including capsules, tablets, liquid extracts, ointments, juice and tea. Take heed, though, when shopping, as some products touting echinacea as an ingredient aren't being truthful in their labeling. At the same time you are discussing with your physician or other healthcare professional your possible use of echinacea – a consultation highly recommended, as echinacea doesn't always mesh well with other herbs, supplements or medications – ask him or her for their recommendations of what brand or form to use.

First a bit more history. Experts at the University of Maryland Medical Center say that archaeologists found evidence that Native Americans apparently used echinacea for more than 400 years as a treatment for infections and wounds, and as a general cure-all. Even after echinacea fell out of favor in America in the mid-1900's, it subsequently grew in popularity in Germany, where much of the scientific research of the herb has taken place. As stated on umm.edu, "Several laboratory and animal studies suggest that echinacea contains active substances that enhance the activity of the immune system, relieve pain, reduce inflammation, and have hormonal, antiviral, and antioxidant effects."

Like many herbs, echinacea has not been approved by the Food and Drug Administration, and its medicinal properties remain open for debate (and yet open for business). Research and studies have shown mixed results. One thumbs up, according to medicalnewstoday.com, came from University of Connecticut School of Pharmacy scientists who reviewed 14 studies on the effects of echinacea and people catching a cold. They determined that the herb can reduce the chances of catching a cold by 58 percent while cutting the duration of a cold by one to four days. A thumbs down came from researchers at the University of Wisconsin-Madison School of Medicine and Public Health, who found no significant link between echinacea use and fending off a common cold.

Then again, there's that little thing about Native Americans likely using the herb for more than 400 years for a variety of ills across the spectrum, as well as other people using echinacea to treat afflictions such as scarlet fever, syphilis, malaria, blood poisoning and diphtheria, according to umm.edu. Granted, it's all anecdotal evidence, but it's difficult to believe that it would be used for so many purposes by so many peoples for so many years without successful results.

Says webmd.com: "The people who use echinacea to treat symptoms have the right idea. Research to date shows that echinacea probably modestly reduces cold symptoms, but it’s not clear whether it helps prevent colds from developing."