Eating Fish a Healthy Choice ... Most of the Time 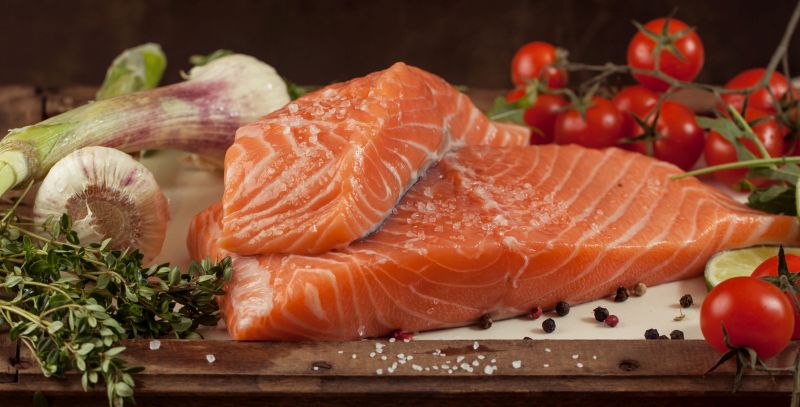 All fish are not created equal, and some are healthier to eat than others. That's something to keep in mind when contemplating cuisine consisting of water dwellers.

Many Americans weaned on traditional staples such as red meat and poultry (i.e., chicken) are now looking at fish as a dietary alternative presumably lighter on calories and leaning to good cardiovascular health. Eating and enjoying seafood can be an acquired taste for many, but one they got hooked on fish, fish enthusiasts are as eager to whip up a tasty fish-centered recipe at home as to dine out for the convenience of gobbling down a plate of mustard-broiled salmon or grilled trout almandine.

Fish choices such as salmon and trout get a thumbs up from the American Heart Association, which, according to the Mayo Clinic, advocates for eating fish rich in omega-3 fatty acids at least twice a week.

Until recent years, many indiscriminant fish eaters likely had no clue what "omega" had to do with anything, except that it went well with "alpha." All kidding aside, omega-3 has been found to reduce inflammation in the body – inflammation, according to the Mayo Clinic, that can harm blood vessels and be a contributing factor to heart disease. Omega-3 fatty acids also have the potential to cut down on triglycerides and help maintain healthy blood pressure, among other cardiovascular benefits. They have also been linked to improved learning abilities on the part of children.

As for not all fish being equal: the question becomes which among the dozens of different kinds of fish are the healthiest to eat, which are a notch below that but still on the plus-side for consumption, and those for which should you immediately reel in the hook, line and sinker, and head back toward shore.

Salmon, sardines, lake trout, oysters and albacore tuna are among the fish deemed most edible by multiple entities from among the likes of rodalesorganiclife.com, U.S. News and World Report, and the state of Washington's Department of Health.

One caveat about salmon – those who give it five stars generally say to choose wild-caught salmon in waters off Alaska over the farm-raised variety. The concern there is that farm-raised salmon has about double the unhealthy saturated fat as wild-caught salmon. Sourcing a watchdog group known as Seafood Watch, U.S. News also cautions against consuming farm-raised salmon because, as the Watch group claims, "farming practices produce waste and can spread parasites and disease to wild fish."

Other types of fish in the good-for-health mix include anchovies, herring, halibut and flounder. Fish that come with question marks include imported catfish and shrimp, bluefin tuna, caviar, Chilean sea bass and tilapia.

For years we also have been cautioned about eating fish that might contain elevated levels of mercury which, once in the body, acts as a neurotoxin, potentially hampering our brain and nervous system. Mercury poisoning can also affect fertility and blood pressure, and could even lead to heart disease, according to the Natural Resources Defense Council (NRDC). Groups strongly cautioned to avoid fish likely to have a higher-than-normal level of mercury are pregnant women or those planning to become pregnant, nursing mothers and small children. If interested, here's another site that has a very imformative article as A Guide to Mercury Contamination in Fish.

Experts have said that the health benefits of the healthiest type of fish outweigh any potential harm in the fish that could be the result of mercury's presence. Dr. Jane Hightower, a California-based doctor of internal medicine, quoted at nrdc.com, is among those health care professionals who say that the level of mercury in the body brought on by mercury-contaminated fish, is reversible, although it is a slow process that can last six months or more.

Enjoy your fish, but be sure to check it out before you bite.