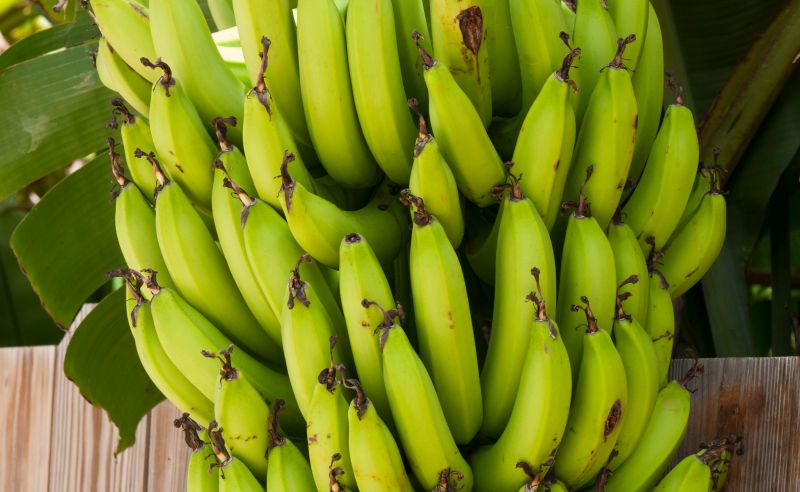 As the old saying goes, an apple a day keeps the doctor away. The same could be said of at least one other such wonder fruit: bananas. A banana a day provides its tasty share of health benefits in helping our bodies ward off illnesses and other pesky annoyances, meaning bananas deserve a spot alongside apples in the fruit hall of fame.

Bananas can be as good as gold whether your main concern is controlling blood pressure, finding a yummy late-night snack to help make you sleepy or devising a sensible dietary regimen to help you lose weight. And that's just for starters.

We like our bananas, no question. According to medicalnewstoday.com, Americans eat more bananas than oranges and apples combined, drawn to the sweet, soft fruit that conveniently comes pre-packaged in its own skin, usually green/yellow. Bananas are grown in more than 100 countries, including Brazil, Costa Rica, Ecuador and Mexico, and is ranked among the world's top five crops in terms of monetary value. Best of all, the fruit is available any time of year.

Calling bananas a miracle fruit is stretching things, although for a time in the early 20th century it was widely believed that a diet focused on bananas and milk could cure celiac disease. This was based on a test, recounted by Alan Levinovitz in his book The Gluten Lie, in which pediatrician and celiac researcher Sidney Haas treated 10 celiac-stricken children with a bananas-centered diet. Eight of the children quickly showed significant remission of symptoms, although it was later determined that the apparent "cure" was more the result of the absence of gluten in Haas's special menu than it was the handiwork of the bananas. Nice try though.

Nutritional science has long since confirmed that bananas do indeed provide numerous benefits thanks to an abundant variety of nutrients such as Vitamin B6, manganese, vitamin C, potassium and fiber. As pointed out in a 2014 CNN report, one banana by itself supplies 25 percent of the recommended daily requirement of B6, which plays a key role in dozens of various metabolic enzyme reactions and, says the National Institutes of Health, "is involved in brain development during pregnancy and infancy."

Chances are if you are one of the tens of millions of people diagnosed with hypertension, you have been advised by a health care professional to up your intake of potassium such as that found in bananas. Experts say increasing potassium intake in your diet could be just as important as decreasing sodium when trying to maintain healthy blood pressure.

Bananas are similar to oranges in their high content of vitamin C, which helps to stifle the formation of free radicals linked to cancer. In fact, the consumption of bananas, oranges and orange juice by children under the age of two, according to medicalnewstoday.com, can reduce the risk of developing childhood leukemia.

Bananas are a fave food choice among fitness enthusiasts, such as distance runners and bicyclists needing to replenish potassium and magnesium during or after a long workout or race. That's not all. A London study found that one banana a day for children reduced their chances of developing asthma by 34 percent. For anyone with diarrhea, bananas can help by promoting regularity and replenishing potassium, an electrolyte, also according to medicalnewstoday.com.

There's a flip side: Eating too many bananas can be harmful. According to med-health.net, consuming an excessive amount of bananas, say, a dozen or so a day, can trigger headaches or an irregular heartbeat, even leading to cardiac arrest from an overabundance of potassium.

Just one solitary banana has its critics, too -- those who say that bananas are too sugary for our own good. Then again, maybe not. Although a single banana does contain about 14 grams of sugar, it gets employed as fuel instead of being socked away as fat thanks to fiber's ability to slow down digestion. This isn't license to start pigging out on bananas guilt-free, but one a day, or even two, could help you reap some health benefits. After all, good health is nothing to monkey around with.