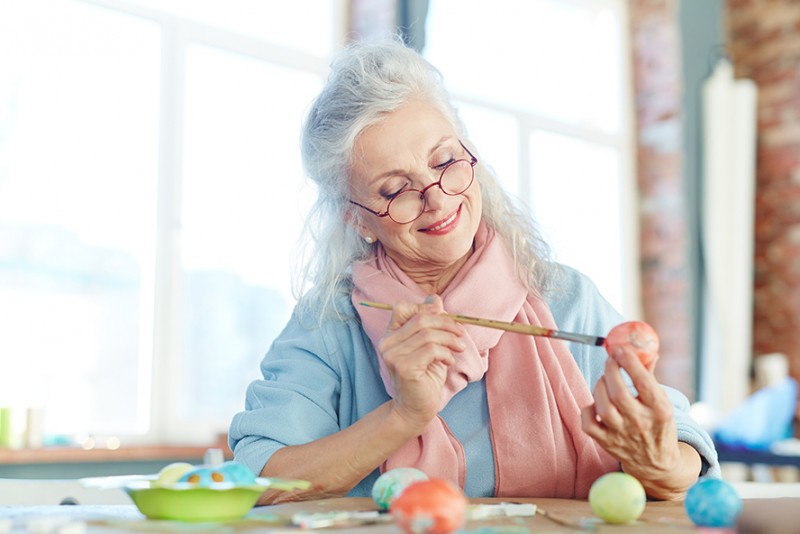 Curcumin’s reputation as a superfood continues to gain momentum among health researchers. The latest evidence bolsters the status of turmeric’s key ingredient as a possible deterrent to loss of cognitive ability in the elderly and others suffering from some form of dementia, namely Alzheimer’s disease.

This much we know about curcumin, which has been isolated as the ingredient in turmeric that provides its yellow pigment: it is not only a potent antioxidant but a strong anti-inflammatory as well. It is that latter attribute that continues to fuel curcumin’s promise in warding off the decline in cognitive function associated with Alzheimer’s.

Curcumin’s growing notoriety in the world of health and wellness – both physical and mental – closely parallels the intensifying public interest in Alzheimer’s as we learn more about this insidious disease, known for stealing the minds and memories of millions of people worldwide.

Per National Institutes of Health (NIH), Alzheimer’s disease is a progressive neurodegenerative disease “characterized by progressive cognitive deterioration together with declining activities and daily living and behavioral changes.” According to the World Health Organization (WHO), cited by NIH, about 5 percent of men and 6 percent of women 60 and over worldwide are affected with Alzheimer’s type dementia.

Estimates are that about six million U.S. residents aged 65 and over have Alzheimer’s, while about 200,000 people living in America have what’s known as early-onset Alzheimer’s – they are afflicted with it before reaching their 65th birthday. There is no known cure for Alzheimer’s, although some drugs have demonstrated an ability to slow the progression of the disease, even if only temporarily.

Optimism continues to rise concerning the possible role that curcumin might play in the hoped-for eventual eradication of Alzheimer’s and other forms of dementia. Case in point is a new study recently published in The American Journal of Geriatric Psychiatry, and cited at forbes.com. Researchers found that a daily dose of curcumin might not only keep memory problems from deteriorating over time but could actually improve them. Moreover, as pointed out in the article, “. . . these changes were seen not only in the participants’ cognitive capacities, but also in their brain cells.”

This latest study involved a group of randomized test subjects between the ages of 50 and 90, all of whom had mild memory problems, yet had not been diagnosed with either Alzheimer’s or any other type of dementia. Some of the people involved in the study were given a 90-milligram curcumin supplement twice daily and the others a placebo, with no person knowing which one they were actually getting.

Before starting the study, the test subjects took a variety of tests that involved memory and cognition. They also completed questionnaires designed to measure mood and depression, and they were even given brain scans that showed the individuals’ respective deposits of “brain gunk” (amyloid-beta plaques and tau “tangles,” per forbes.com), which are the two “hallmarks” of Alzheimer’s.

The study lasted a total of 18 months, with participants tested every six of those months for memory, cognition, and mood, as well as having their brains scanned, again. Note: it also was a double-blind study, in that the researchers didn’t know which test subjects were getting the real thing and which ones got the placebo.

Those who had taken the curcumin showed an average memory function increase of 28 percent over the 18 months. The placebo group’s scores rose slightly for a while and then dipped. As for the depression scores – those ingesting the curcumin saw an improvement; the control group didn’t change.

Additionally, the brain scans among the test subjects taking the curcumin showed significantly less accumulation of brain junk in two of the brain regions – the amygdala and hypothalamus. Those two brain regions control anxiety, memory, decision-making, and emotion. Indeed, earlier studies have shown that the antioxidant and anti-inflammatory characteristics of curcumin are the basis of the compound’s neurological effects. That helps explain why curcumin has been shown to “disrupt the formation of, and even help break down, the amyloid plaques that build up in the brains of Alzheimer’s patients,” per forbes.com.

“Exactly how curcumin exerts its effects is not certain, but it may be due to its ability to reduce brain in?ammation, which has been linked to both Alzheimer’s disease and major depression,” UCLA’s Gary Small, the survey team’s leader, said in a statement. Next up for Small’s team were plans to study curcumin’s effectiveness in treating people with major depression.

This was not the first time that curcumin has been the subject of research into its prowess as an anti-inflammatory agent; more specifically, what it can do for Alzheimer’s patients. About two years earlier than the Small group’s study, researchers at Vanderbilt University found that a close chemical analog of curcumin, per news.vanderbilt.edu, showed the natural product might have a role in treating brain disease.

As reported by Vanderbilt, “’Curcumin has demonstrated ability to enter the brain, bind and destroy the beta-amyloid plaques present in Alzheimer’s with reduced toxicity,’ said Wellington Pham, Ph.D., assistant professor of Radiology and Radiological Sciences and Biomedical Engineering at Vanderbilt and senior author of the study, published recently in the Journal of Alzheimer’s Disease.”