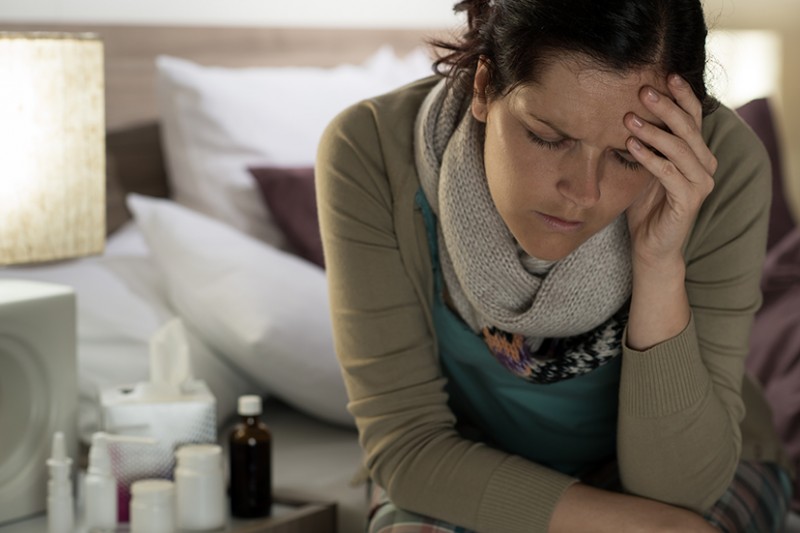 Anyone who has ever been diagnosed with Crohn's disease or ulcerative colitis doesn't need to be made aware of the diseases; they already know all about it and get to experience it almost every day, unless they are in remission or undergoing a treatment plan that is working well and capably controlling the symptoms.

Both are chronic inflammatory bowel diseases (IBD), which is the umbrella term for the condition under which both Crohn's disease and ulcerative colitis are categorized. IBD is not to be confused with irritable bowel syndrome (IBS), which, although a major inconvenience with discomforting symptoms all its own, is not accompanied by inflammation nor does it appear to have a physiological basis, per healthline.com.

Crohn's Disease and Colitis Awareness Week is usually in early December, but that doesn't mean we should only pay attention to it once a year. To know more about each, it is important to know that while they are similar and closely related, there is one major difference—Crohn's may infect any part of the gastrointestinal tract from the mouth to the anus, while ulcerative colitis (UC) is confined to the large intestine (colon and rectum). Regardless of which disease is located where, they are painful and at times can make even the strongest person double over in agony.

Symptoms of the former include persistent diarrhea, abdominal pain that involves cramping, fever, fatigue and rectal bleeding that comes and goes; symptoms of the latter include the abdominal cramps and the fatigue, and might also include loose and/or bloody stools, urgent bowel, and, possibly, anemia resulting from the loss of blood in severe cases.

The degree of the diseases' symptoms can vary from person to person, with severity of symptoms classified as either mild to moderate, moderate to severe, or very severe—the latter of which, in the case of Crohn's, can include high fever, vomiting, significant weight loss and intestinal blockage or abscess.

The exact causes of the diseases have not been definitively identified, according to crohnsandcolitis.com, but generally they are believed to include an interaction of heredity, a triggered immune system producing inflammation, and/or environmental factors such as bacteria or a virus inducing an abnormal immune response. Both are chronic conditions, although neither is a reaction to something you ate; it's not food poisoning, even if it might feel like it.

Some quick facts about UC, courtesy of crohnsandcolitis.com:

Both diseases, which happen to be the two most common types of IBD's, are chronic, meaning there is no cure. Treatment plans that involve prescription medications such as antibiotics, aminosalicylates (5-ASAs), corticosteroids, immune modifiers and biologic therapies, along with over-the-counter remedies such as antidiarrheals, pain relievers and nutritional supplements, have been shown to be effective—if properly prescribed and monitored by a qualified health care professional.

If such treatment plans are unsuccessful, surgery involving removal of all or parts of infected organs may be a consideration. Symptoms may still appear post-surgery, so it's important for sufferers to continue working with their doctors for management of the disease.

If you have never been diagnosed and have persistent symptoms of either disease that persist, go see your primary-care physician to engage in an open and frank discussion about what you are experiencing. Don't try to rationalize or wish it away. Deal with it, and tell you doctor everything. If you do have the disease, all the better to get it diagnosed now and get an effective treatment plan in motion. Your quality of life is at stake.