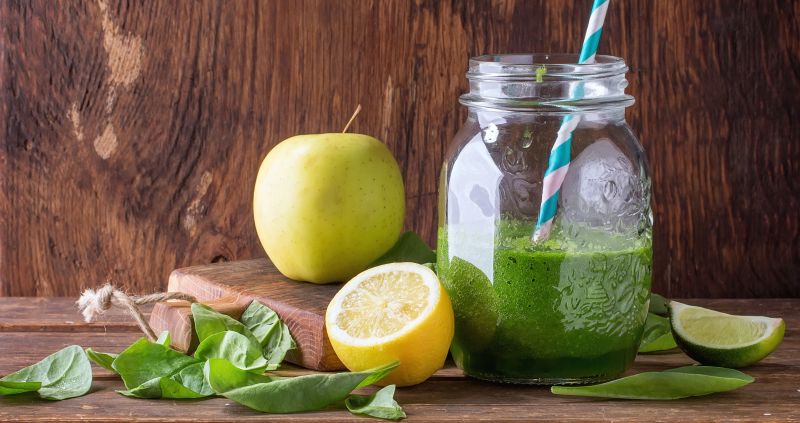 Tell others you are starting a 'diet,' and watch them roll their eyes. Where have they heard that before? Substitute the word 'cleansing,' or 'detox,' into your declaration of self-improvement, though, and watch their eyes light up in amazement as you earn their undivided attention and newfound admiration.

Cleansing and detoxification regimens are trending hot and further boosting an already-booming U.S. diet industry, which, according to the The Wall Street Journal, passed $60 billion in sales in 2013. "The promises of liquid cleanses and other techniques have attracted legions of followers, celebrity endorsers and millions in venture capital funds. … It has also made carrying gunky green juice a status symbol in fitness circles," states wsj.com.

You've heard of spring cleaning. Now we have spring cleansing, which can be done any time of the year. Many adherents choose the summer months for their detoxing deprivation to coincide with bathing suit season. Lose a few pounds, flush out bad toxins presumably doing a number on your colon, liver and kidneys, and, just maybe, you'll reach a higher plane of clarity or consciousness. California research psychologist Chris Strychacz, PhD, according to webmd.com, has done an annual week-long water fast for more than 25 years. His first such fast lasted 17 days: "It was extraordinary, a mystical experience. I felt like I'd figured out why Jesus and Plato and Socrates and Gandhi did it – the clarity of thought, the peacefulness," says Strychacz.

There are more than a dozen types, or brands, of cleansing/detox programs – you can try a different one each month for at least a year without duplication, should you be so ambitious. Shape.com in 2014 rated its top 10 cleanses of the year, which, from the top, included, among others, the colon cleanse, the liver cleanse, the master cleanse (popularized by singer/actress Beyoncé), the 10-day green smoothie cleanse, the juice cleanse and (hail to redundancy) the detox cleanse. The renowned Dr. Oz even has his own regimen, a 48-hour weekend cleanse purported to "revitalize you from the inside out" with a suggested menu that includes a breakfast of quinoa with prunes, and a kale, pineapple and ginger detox drink—all part of a plan to "cleanse the kidneys," "aid digestion" and "help stimulate bile flow in your gall bladder."

In broader terms, cleansing or detoxing involves successive days of following a prescribed routine, usually centered round drinking a lot of juices or other liquefied concoctions, while forsaking most foods. It's not as quick-acting and drastic as a pre-colonoscopy prep, but once you start cleansing be forewarned to always know where the nearest bathroom is, as your body starts flushing out unhealthy toxins (as well as other stuff begging to come out), clearing out your tubes and pipes, so to speak, on your body's timeframe, not yours.

"Advocates of detox therapies start with the premise that the body accumulates toxins that can cause cancer and other diseases," Elizabeth Palermo writes at livescience.com. "Regularly cleansing oneself of such toxins purportedly reduces the risk of disease and endows one with a feeling of good health, more radiant skin and having more energy."

Cleansing cynics question the long-term benefits relative to jettisoning the pounds. They also cite a lack of scientific evidence supporting the effectiveness of cleansing, let alone identifying exactly which toxins are supposedly being flushed out of our bodies. Besides, some experts remind us, our bodies are equipped at their own devices to clean out the bad stuff thanks to the filtering and cleansing capabilities of the colon, liver, and kidneys, assuming they are functioning properly.

As with anything, before starting a cleansing regimen, discuss its pros and cons and your own health considerations with a health care professional. Also consider using nutritional supplements that can complement your detox program. Consider this, too: Physician Mark Hyman, a best-selling diet books' author, claims, as quoted at wsj.com, that some of the worst toxic threats come from the American diet itself, to include the consumption of excess amounts of sugar and flour, as well as heavy metals from large fish.

As for the accompanying weight loss? "There's nothing wrong with going on a juice fast for a few days," says James Dillard, MD, author of Alternative Medicine for Dummies, quoted at webmd.com. "But it's not a great way to lose weight, because you'll gain it all back – you yo-yo. It's just like the Atkins diet. The weight you lose is water weight."