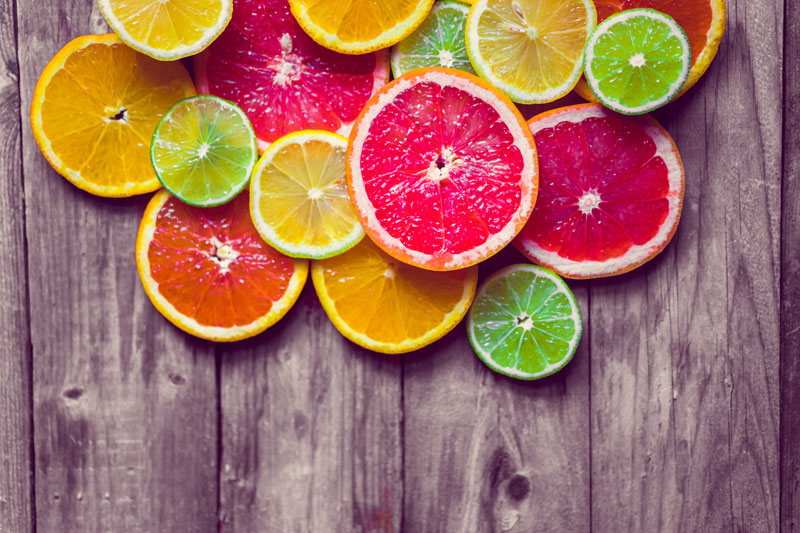 Just when you thought it was safe to go back into the produce section at the grocery store, word comes of a potential link between citrus fruit and malignant melanoma of the skin, as reported in late June 2015 by various media.

This isn't exactly shark-in-the-water stuff that begs closing down the beaches (or the produce section), but it is something to be concerned about until, and if, we ever get the all-clear signal.

First things first: citrus fruits are not being pulled from stores (there is no all-encompassing recall in effect, as far as we know), but at this point it's a concern worthy of further study by the experts. It's something for all of us to keep in mind, especially when contemplating gorging on oranges and grapefruits, perhaps to be followed immediately by a six-hour sunbake at the beach.

Here's the skinny: Data from a 25-year, dietary-pattern study of more than 100,000 men and women (about 60 percent of them female), which included self-reported health events such as a skin melanoma diagnosis as well as periodic follow-ups by researchers, found that those who ate citrus two to four times a week had a 10 percent increased risk of melanoma, according to Reuters. When that rate of citrus consumption jumped to more than one and a half times a day, the melanoma risk increased to 36 percent.

The culprit, according to the study's senior author, Dr. Abrar Qureshi of the Warren Alpert Medical School of Brown University and Rhode Island Hospital, are furocoumarins. These are photoactive compounds found in citrus fruit that heighten our skin's sensitivity to sun, making exposure to the sun's rays that much more damaging to skin cells. "You'll see children get a sunburn in spots where a citrus popsicle dripped down the chin, for example. … (However) "the citrus can't hurt you without the excessive sun exposure," says Qureshi, quoted by webmd.com.

“We are not recommending changing fruit consumption as these fruits and vegetables are important for overall health,” Qureshi tells Reuters Health. “However, until we learn more about these furocoumarins, those consuming fresh citrus fruits on a regular basis should be extra careful with sun exposure, and depending on their outdoor activities they should wear appropriate sunscreen, hats and sun-protective clothing.”

As with almost any study that offers results flying in the face of accepted beliefs, such as citrus fruit being universally praised as unquestionably healthy, the study has its critics. The American Society of Clinical Oncology issued a statement calling the study's findings "intriguing," while saying it would be premature to make changes in how and in what quantity citrus fruit is consumed.

One knock against the study was that its 100,000-plus subjects were all employed in a health care profession and therefore not representative of the general population. That was the conclusion offered by Marianne Berwick of the University of New Mexico's department of internal medicine, as reported by the Washington Post. Berwick said that as health professionals, the study's subjects "might be expected to pay more attention to unusual lesions," and therefore able to identify smaller cancerous lesions to a greater degree than someone outside the health care industry would be able to do. In other words, more cases get reported because the subjects knew what to be looking for.

Melanoma is generally regarded as the worst type of skin cancer. According to mayoclinic.org, it is the result of something amiss with melanocytes, which are the melanin-producing cells that give color to skin. If some cells sustain damage to the DNA, "new cells may begin to grow out of control and can eventually form a mass of cancerous cells. … Doctors believe exposure to ultraviolet (UV) radiation from the sun and from tanning lamps and beds is the leading cause of melanoma."

Citrus fruit and exposure to the sun isn't the only alleged melanoma link identified in recent research. The June edition of JAMA Internal Medicine published another melanoma study, this one linking the dangerous form of skin cancer to Viagra use. It concluded that men using Viagra "were at an 84 percent higher risk of developing melanoma," according to the same Washington Post article. "The study shows a connection, not a cause," Harvard Men's Health Watch executive editor David Penwick wrote in a blog. "Even if Viagra does promote melanoma, the absolute increase is small."

As always, check with your personal physician about anything to do with the potential harm of the sun's rays.