Cinnamon May Be Sweet Way to Regulate Blood Sugar 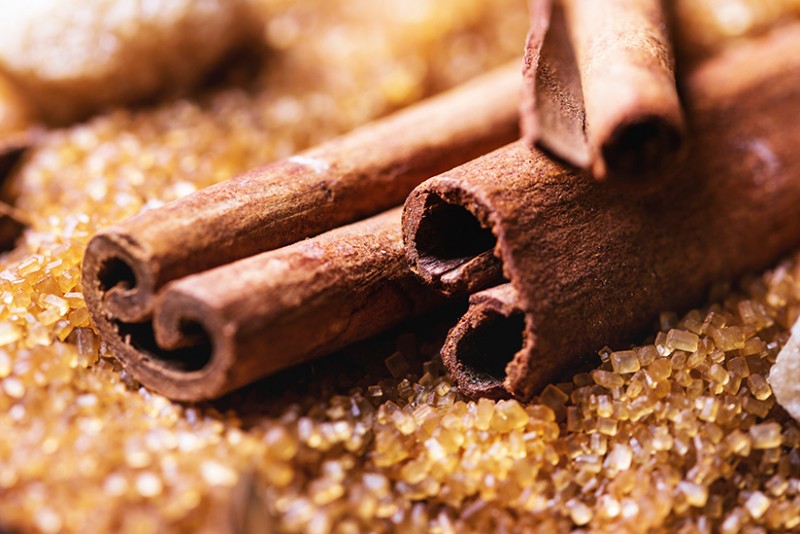 Diabetics and prediabetics know that a key to managing their long-term health is managing their blood-sugar level. That usually entails discriminant consumption of sweets daily, among other healthful considerations such as exercise and medication. It is with some irony that one food item known for its sweet taste as a confection could be beneficial to people with high levels of blood sugar.

That food item is cinnamon. That doesn’t mean it’s open season for diabetics and prediabetics to run out and load up on hot, gooey cinnamon rolls at the local bakery or on the breakfast menu at your favorite fast-food restaurant. This is about cinnamon in its powdery form as a confectionary or as a dietary supplement to be taken on a regular basis, if you so choose.

If not properly controlled, high blood sugar in someone suffering from diabetes disease can be a precursor to conditions such as heart disease, kidney disease and nerve damage. Medical treatment for diabetics typically includes prescribed medicine and insulin injections. It’s no wonder foods that can naturally lower blood sugar have a lot of appeal for diabetics looking for healthy options.

This is where cinnamon, an aromatic spice that comes from the bark of several species of Cinnamomum trees, per authoritynutrition.com, enters the discussion. Research has returned promising results for cinnamon’s role in good health. It is a rich source of antioxidants, which are known to reduce oxidative stress in our bodies caused by free radicals. One cited study demonstrated that daily consumption of 500 milligrams a day for three months cut oxidative stress by 14 percent in adults with prediabetes.

Cinnamon, furthermore, reportedly decreases blood sugar by mimicking insulin and thus enhancing insulin’s capacity to move blood sugar into cells. Another study of a group of men consuming cinnamon saw a quick bump in their insulin sensitivity that lasted 12 hours or more. Yet another study, this one controlled and involving more than 500 subjects with type 2 diabetes, found that the cinnamon was effective in reducing fasting blood sugar. It has also been linked through controlled studies to an average decrease in LDL (“bad”) cholesterol as well as drops in both systolic and diastolic blood pressure.

Still, the results of similar studies have been mixed.  In one study, cited by webmd.com, test subjects ate between one and six grams of cinnamon for 40 days, with results showing a decrease in cholesterol by about 18 percent and the levels of blood sugar by 24 percent.

A cautionary note to diabetics and prediabetics: don’t depend on cinnamon to replace any medical treatment that has been prescribed for you by your doctor; in fact, it is advisable to check with your physician before starting a cinnamon regimen, as regular doses of cinnamon might not interact well with some medications, and it can cause complications for anyone with pre-existing liver issues. “If you do have liver problems, be careful, because large amounts of cinnamon may make them worse,” webmd.com says.

For those with diabetes, Mayo Clinic points out, even a healthy consumption of cinnamon still must be accompanied with a lifelong commitment of blood-sugar monitoring as well as healthy eating, regular exercise and, in some cases, proper medications and/or insulin therapy, says mayoclinic.org. In other words, don’t toss out those prescribed diabetes medications and go all in with cinnamon just yet.

Experts also caution against combining purposeful cinnamon consumption with other herbs, as there is always the potential for adverse interactions. Some of these other supplements/herbs, per webmd.com, include:

Keep in mind, too, that there are different types of cinnamon, and it’s important to know the purity or exact content of cinnamon in supplements. This is one of those instances in which you are advised to take your sweet time in doing due diligence to determine if cinnamon is right for you, and, if so, in what amount. Again, talk to your physician, and proceed with care.