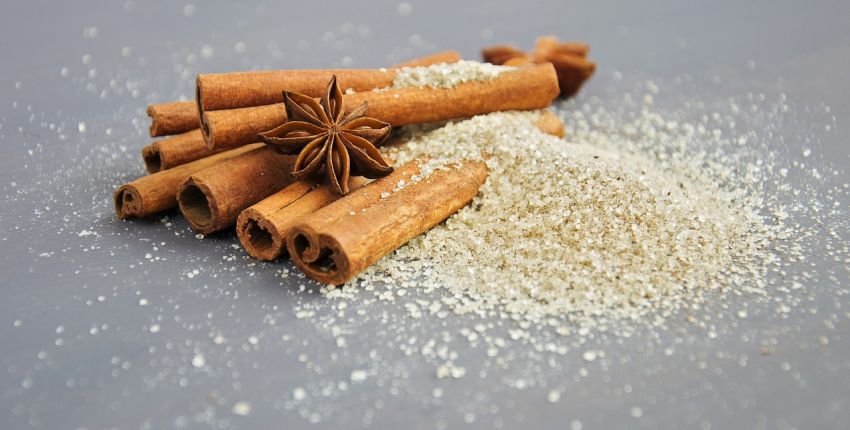 Cinnamon is a popular sweet spice for sprinkling onto breakfast foods such as toast and oatmeal, and it’s a delicious exclamation point to that morning cup of joe. But what brings its versatility truly into play is cinnamon’s health-inducing qualities as a nutritional supplement, one that includes its potential benefits on glycemic control. In fact, research has shown cinnamon as a possible worthy complement to regular diabetes treatment for those who have type 2 diabetes.

A 2009 study, referenced by Mayo Clinic, revealed that a 500-milligram cinnamon capsule taken twice daily for three months improved hemoglobin A1C levels in people with poorly controlled type 2 diabetes. Researchers, though, are still trying to learn more about cinnamon’s capacity to help regulate healthy levels of blood sugar in humans: one theory aimed at explaining how cinnamon consumption has a hand in producing such benefits is that it increases insulin action in the body.

Another study, cited by webmd.com, found that volunteers consuming one to six grams of cinnamon daily for 40 days saw their blood-sugar levels reduced by 24 percent. Additionally, their cholesterol levels were cut by about 18 percent. Note, too, per peoplespharmacy.com, that a placebo-controlled trial that involved type 2 diabetics and which was documented in a 2003 edition of Diabetes Care, posited that cinnamon use can not only help lower blood-sugar levels, it can also bring down LDL (“bad”) cholesterol and triglycerides.

A National Institutes of Health (NIH) abstract, reporting on a meta-analysis of cinnamon’s apparent ability to lower fasting blood-glucose levels, cited an examination of eight clinical studies about cinnamon. NIH’s conclusion was that the spice/supplement, taken as either “whole cinnamon or as cinnamon extract results in a statistically significant lowering in FBG (fasting blood glucose), and intake of cinnamon extract only also lowered FBG. Thus, cinnamon extract and/or cinnamon improves FBG in people with type 2 diabetes or prediabetes.

Experts caution, however, that cinnamon, on its own, should never be considered a replacement for traditional diabetes treatment. Cinnamon is exactly what the description says – a natural supplement possibly supplemental to formal medical treatment for diabetics, not in lieu of. Of course, natural therapies, to include proper diet (nutrition) and exercise, should always be integral parts of any diabetes-treatment plan. A sedentary lifestyle and careless dietary habits can increase the risk of developing type 2 diabetes.

Unlike money, cinnamon does grow on trees. It is a spice found on the branches and in the bark of wild trees – part of the genus known as Cinnamomum, which is native to the Caribbean, South America and Southeast Asia, per medicalnewstoday.com. There are two major types of cinnamon; Ceylon cinnamon has been referred to as “true cinnamon,” and, in living up to its name, it is the more expensive variety of the spice. The other type, the cheaper kind, is what’s referred to as Cassia cinnamon, also known as Chinese cinnamon, which originated in southern China.

Cinnamon has been consumed by people for more than 4,000 years, dating back to Ancient Egypt. In medieval times, cinnamon’s medicinal purposes included being used as a compound to treat coughing, arthritis and sore throats. Cinnamon’s other reported health benefits include the following: