Chocolate Has Its Health Benefits 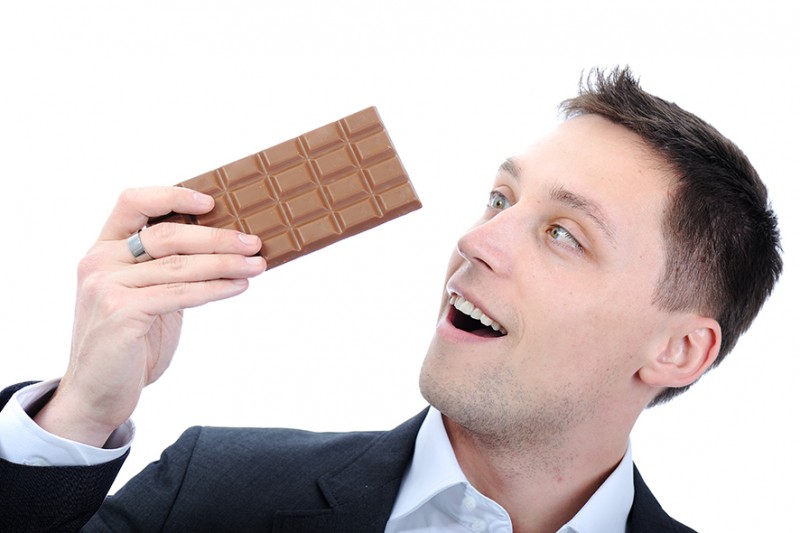 With Valentine’s Day just two weeks away, chocolate is on the minds of millions of Americans. They can’t wait until it is in their mouths, too, when they get to celebrate love and romance with their loved ones by the traditional exchange of Valentine’s candy, much of it chocolate. Hey, it can be good for your health as well, in strict moderation, of course. But, it is safe to say chocolate has health benefits.

You’ve heard of “death by chocolate?” We’re here to tell you about life by chocolate, as in a healthier life, according to a number of health experts buoyed by scientific research. Chocolate’s possible health benefits are rooted in the presence of antioxidant flavonoids, webmd.com explains.

Chocolate’s main source is the cacao plant, which is rich in flavanols, a type of flavonoid phytochemical. While there is saturated fat in cacao, most of that fat is stearic acid, which has been shown by studies to not elevate blood cholesterol levels as much as other saturated fatty acids.

Among the possible health benefits of chocolate consumption, other than the pleasure of it, are that it might reduce heart attack risk, decrease blood pressure, enhance arterial blood flow, and it even could help people suffering from chronic fatigue syndrome. That next cup of hot chocolate could be just what the doctor ordered, although it is recommended you use cocoa powder because of its superior flavonoid-to-calorie ratio. Beware though: any possible health benefits are offset if you end up consuming calories beyond your usual daily intake. That is, two chocolate bars are not twice as healthy as one bar.

Another of chocolate’s potential benefits, identified by medicalnewstoday.com, is that it can prevent cognitive decline. The website cites a Harvard Medical School conclusion made by researchers, who found that two cups a day of hot chocolate can help maintain brain health and reduce the loss of memory in older people. Improved blood flow is the reason.

"As different areas of the brain need more energy to complete their tasks, they also need greater blood flow,” says Farzaneh A. Sorond, lead author of the Harvard study, quoted at medicalnewstoday.com. “This relationship, called neurovascular coupling, may play an important role in diseases such as Alzheimer's."

Chocolate also is seen as a worthy opponent for heart disease. One study recently presented in Paris says chocolate may reduce the risk of developing heart disease by one-third; a Canadian study of more than 40,000 people found that subjects consuming chocolate were 22 percent less likely to suffer a stroke, and those that did suffer a stroke were 46 percent less likely to die from it.

Wait, there’s more. It’s been reported that 30 grams of chocolate a day during pregnancy might – MIGHT – benefit fetal growth and development. Plus, The Journal of the International Society of Sports Nutrition published research that claims a small amount of dark chocolate could improve fitness training performance, and it likely won’t set off any bells and whistles in the event of drug testing.

Don’t forget, however, that no matter how you slice it, chocolate is loaded with sugar and therefore has a high calorie count. Too much of this stuff will pack on the pounds. Cleveland Clinic also warns that not all forms of chocolate include high levels of flavanols. Clearly, some forms of chocolate are healthier than others. Pick and choose wisely.

Wait, there’s still even more, and these are qualities that make chocolate a good fit for Valentine’s Day festivities. Forbes.com has reported that the phenylethylamine found in chocolate is the same chemical that prompts our brains to release endorphins – you know, that stuff that makes us feel generally better than usual, like when we’re falling in love? Also, the antioxidant effects of all that flavanol in chocolate can stave off skin damage.

Similar to other warnings we run in this space, always consult with a qualified health professional to discuss chocolate’s possible benefits, and risks. Don’t let your sweet tooth sucker you into making big changes in your chocolate-eating habits without counsel.

Think of it, though: better-looking skin and lots of good feelings? Happy Valentine’s Day!