Chicken Soup Could Be Sole Remedy for Some 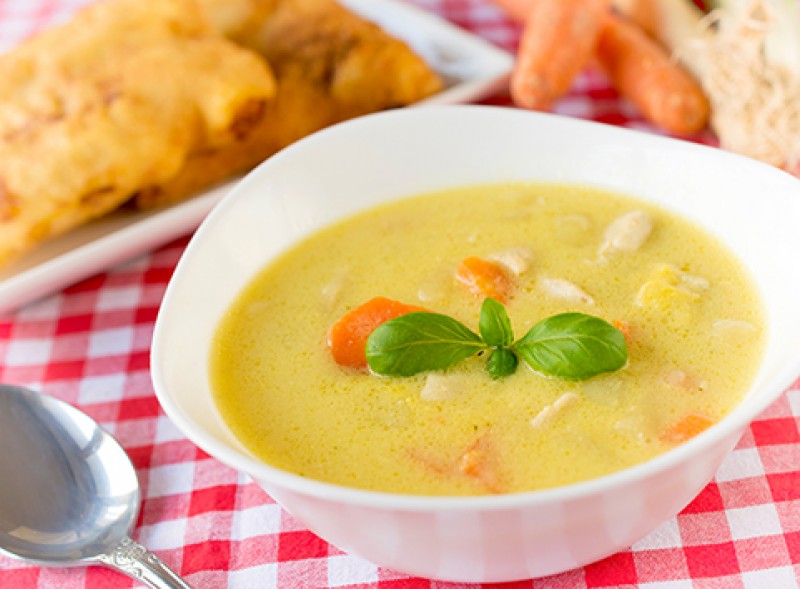 Decades before writing books about chicken soup for the soul became a cottage industry, moms across America were, for real, serving up bowls of hot chicken soup to loved ones suffering from maladies of misery such as colds or the flu. It's an old wives' tale, passed down through generations (some reports say since the 12th century), that chicken soup is an elixir for what ails us, perhaps the closest thing there is to a cure for the common cold.

In fact, though, it might be more than just a myth, at least the part we keep hearing about how chicken soup appears adept at alleviating cold or flu symptoms. There is sentiment that chicken soup—especially that which is made fresh by hand vs. what you heat up straight out of a store-bought can—might be more effective in battling colds or flu than any boxed or bottled remedies available over the counter.

There might be some truth to that. For instance, as Mayo Clinic points out, chicken soup—as well as other warm liquid consumables such as tea and warm apple juice—can, like a traffic cop working a busy intersection, help expedite the movement of mucus through the nose. Not only can this help unclog these passages, in effect relieving congestion, it can reduce how long nasty viruses are in contact with your nose's linings. For good measure, chicken soup might also help guard against dehydration.

A key factor in warding off colds is slowing down the gathering of white blood cells in the lungs, which in turn keeps annoying side effects at bay, such as coughing, a runny and/or stuffed-up nose, and sneezing. By the way, chicken soup is also praised for its apparent anti-inflammatory and immunity-boosting qualities.

As late fall turns toward winter, this is the prime time for colds and flu to come out of hibernation (apparently at the same time bears go into hiding), meaning the time is right for Mom to dust off her favorite chicken soup recipe and start boiling up a big batch to be on standby. Among the ingredients most typically used in chicken soup: chicken broth, chopped cooked chicken, onions, carrots, celery, thyme sprigs, garlic, and egg noodles—practically Mother Nature's version of a medicine cabinet.

Studies about the effectiveness of chicken soup in fighting sickness—presumably, there were volunteers aplenty always eager for a free bowl of hot soup—have supported the chicken-soup-as-medical premise. A 2000 study done at the University of Nebraska Medical Center in Omaha, and cited years later in the New York Times, gave credence to chicken soup's influence on colds. The doctor conducting the study used his wife's chicken soup recipe, which she got from her Lithuanian grandmother, and he fed it to volunteers. He then tested blood samples from the subjects and found that the soup limited the movement of neutrophils, a type of white blood cell that guards against infection.  His conclusion: chicken soup is effective in helping to ward off upper-respiratory cold symptoms.

In another study, also cited by the Times, Miami researchers used 15 volunteers, who each drank either cold water, hot water or hot chicken soup. The movement of nasal mucus was helped by both hot liquids, with the soup more effective than the hot water. The Times reported that "chicken soup also improves the function of protective cilia, the tiny hairlike projections in the nose that prevent contagions from entering the body, according to a 1998 Coping with Allergies and Asthma report."

Here, as food—or soup—for thought, is a summary of the purported benefits of chicken soup, as offered by webmd. Note that some of these might merit further research and study, and it's always a good idea to consult with a health-care professional before fully embracing any of these:

Next time you feel a cold or the flu coming on, think chicken soup. Down the hatch.