Causes of Colic a Health-Care Conundrum 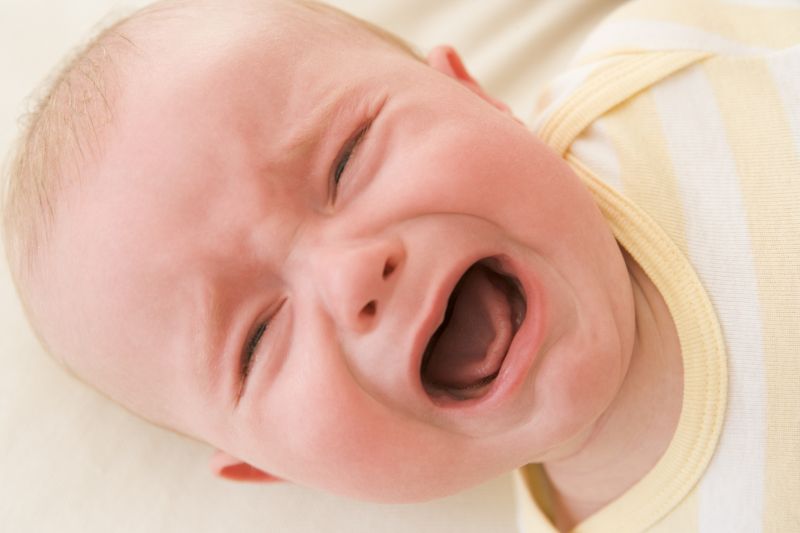 If you ever get the sneaking suspicion that a particular doctor has a God complex, there's a sure-fire way of bringing him or her back to earth. Take a colicky baby to said doctor and ask the physician to confirm, first, whether or not the infant has colic (no ifs, ands or buts); and, second, the kicker: ask for a definitive diagnosis of cause for said colic and then offer a sure-fire way to bring the incessant high-pitched crying to a halt.

Note: a physical cause for colic gets pinpointed in fewer than 10 percent of cases, according to New Yorker magazine. In the world of health care, that's what is known as eating humble pie. Curing colic makes solving a Rubik's cube, by comparison, look like, well, child's play.

"We expect doctors to provide not only a name and an explanation for our suffering but a prescription – advice, a drug, a procedure – for alleviating it. Of course, doctors are often unable to satisfy us on all three counts," is how New Yorker worded it. "Babies can't describe their symptoms, and doctors are largely unable to alleviate them."

There are few things more agonizing for a parent to be subjected to than a crying baby, let alone a colicky one. The high-pitch wailing, often lasting hours at a time, was determined in a 1997 study to attain frequencies in excess of 125 hertz. That's almost 25 percent higher than the frequency of a non-colicky baby's cry. New Yorker cites reports that the U.S. military has piped the sound of wailing infants into the cells of Guantanamo Bay detainees to induce psychological stress.

Okay, so almost all babies cry, some more than others, but to a new parent's ears, the cries of a newborn take on a life of their own. These wails can be as much of a source of anxiety and helplessness for an adult as whatever is bugging baby. Although colic is somewhat of a mystery, both in terms of its cause(s) and what can be done to bring peace and quiet inside the crib, it does have definitive criteria, known as the Rule of Threes. The term applies to any healthy, well-fed infant who cries more than three hours a day, more than three hours a week, for more than three weeks.

Some other things we know about colic: it kicks in around age two weeks for full-term babies (later if born premature); it typically goes away on its own after three or four months; and factors such as the baby's gender, birth order, and whether or not he or she was breast- or bottle-fed, is not a determining factor. Exact causes are part of the brainteaser, but among those that have been identified by webmd.com are muscle spasms inside a growing digestive system, gas, stomach pain or a fussy mood related to hormones, a nervous system still in development, and oversensitivity to light, noise and other stimulating factors.

On the other hand, a number of symptoms could be misread as colic, such as an infection, acid reflux or other stomach issues, eye trouble, an irregular heartbeat or an injury to bones, muscles or fingers that has gone undetected. Even if it's just to alleviate your concern, there's no harm to taking your young one to the pediatrician to have things checked out. "It is also important to remember that not all fussy babies suffer from colic," medicinenet.com points out. "Most infants normally cry two to three hours per day, but this is usually spread out during the 24-hour period."

As any parent of a colicky baby knows, there is no simple "cure." Countless parents have been known to try any and every measure conceivable to end the onslaught – pacifiers, massage, white noise, swaddling, a lullaby, you name it. Some things you should NOT do, according to medicinenet.com: overfeed the baby, give them juices or foods with high sugar content or allow a household environment to become rife with stress, strife, fear or excitement.

Baby got colic? Stay calm, give it time and believe that everything is going to be alright.