Can You Pass This Immune System Pop-Quiz? 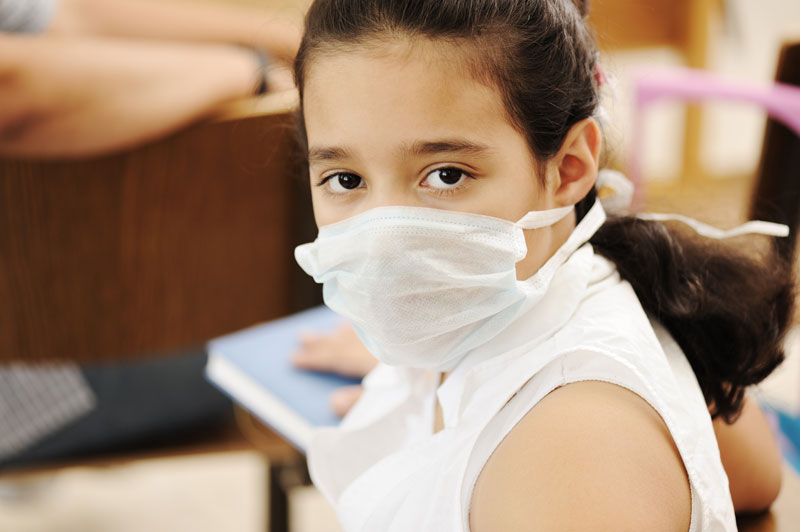 Our immune system is a thing of wondrous beauty, albeit unseen beauty. It is a complex yet well-ordered system consisting of many millions of cells, neatly organized into sets and subsets, passing information among one another while gathering like “clouds of bees swarming around a hive,” as vaccines.gov puts it.

Without a fine-tuned, responsive immune system inside our bodies, we would be in a world of hurt, literally and figuratively. It has an uncanny ability to keep us from getting sick (most of the time) because it can instantly recognize a microscopic foreign invader that intends to do us harm and knows exactly – thanks to an immediate diagnosis – how to handle such an attack, ready to release potent chemicals that can destroy such invaders.

Here’s a pop-quiz aimed at seeing just how much you know about your immune system, with several questions followed by answers so as not to leave you stymied too long scratching your head for answers. We don’t want you “standing out in the cold” too long, risking catching a cold or the flu.

Q. True or False: Our immune system is one large organism situated in a particular spot in our body, like the heart or brain?

A. False. The immune system is actually an elaborate communications network consisting of untold millions of cells scattered throughout the body, ready to sound the alarm and become activated when a foreign substance invading our body – think tiny microbes such as bacteria, parasites, or fungi – seek to cause infections that make us ill.

Q. True or False: There still is much about the immune system that scientists and health experts are researching and trying to figure out – they don’t have all the answers?

A. True. There still is much to be learned about the immune system and how and why it does what it does, such as quickly choosing which chemical(s) to send out to counter an invading substance, and to get it right the first time. For instance, it remains somewhat of a mystery how the immune system can reach out and kill invading microbes and infected cells while avoiding and therefore not harming healthy tissues. New technologies aimed at identifying and cataloging immune cells are in the works while scientists continue to dig to uncover genetic schematics involved in the human immune response.

Q. How can we, as individuals, take an active role in bolstering our immune system when we know so little about it?

A. There is no one magic pill, supplement or lifestyle change readily available that will cover all the bases in strengthening your immune system. However, there are many things on a more modest scale you can do that should add up to better immunity for you. Per health.harvard.edu, these include stop smoking (or don’t start), regular exercise, healthy weight maintenance or attainment, controlled blood pressure (to include medication, if that’s what it takes), go easy on the alcohol (or none at all), plenty of sleep, wash hands frequently, cook food for meals properly, eat plenty of a variety of fruits and veggies, and get annual physicals. And, of course, use nutritional supplements – talk it through with your physician or a licensed nutritionist first, though.

Q. What sorts of things do older people, especially, say 60 and over, need to be aware of when it comes to their immune system and heath?

A. There’s no getting around it: as we age, our capacity for proper immune response diminishes, leaving us more vulnerable to infections, inflammatory diseases and even an increased risk of cancer. Per health-harvard.edu, respiratory infections, influenza and pneumonia emerge as leading causes of death for those 65 and over. However, that doesn’t mean we just sit around bracing for the worst, playing solitaire, sadly hoping for something better. As we age, we can help ourselves immensely, to some extent through daily exercise, and more importantly through our diets – by how and what we eat. A common issue among the elderly is they tend to eat less and have reduced variety in their diets, shortchanging themselves when it comes to essential vitamins and trace minerals. A better meal plan and supplementation could be beneficial for the elderly, but any such changes must first be discussed with a doctor. However you slice it, being proactive is key – it’s not just for the young’uns.

A. Yes, it can, although it remains difficult to measure, and no two people are alike – some handle stress better than others. Most scientific studies regarding the stress/immunity connection has focused on long-term stress that is constant and frequent, like daily pressure at work or ongoing strains and stresses in a relationship, such as marriage. There is plenty of anecdotal evidence to suggest that such chronic stress can “wear down” a person, leaving him or her more susceptible to, say, catching a cold or developing other health issues. But that could also be the result of other factors going on at the same time, such as developing bad eating habits or losing sleep.

Q. Is there the possibility of “too much” of a good thing when it comes to our immune system?

A. Yes. Per health.harvard.edu, a hyperactive immune response – “out of whack,” as we say in the vernacular – can produce allergic responses to nontoxic substances, leading to serious diseases such as diabetes, lupus, and rheumatoid arthritis.