Blueberries Could Help Stave Off Dementia 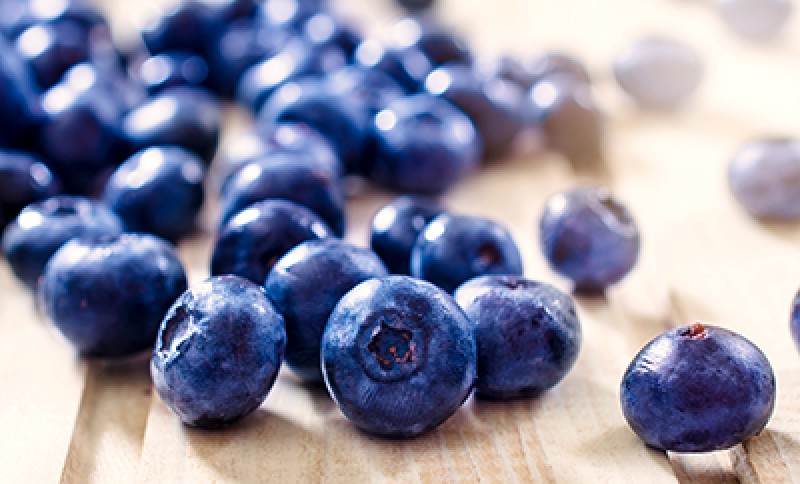 If the thought of someday developing dementia has you concerned, now is as good a time as any to add blueberries to your grocery list—if you haven’t already. Recent research has shown that regular snacking on blueberries, beginning in middle age or earlier, could prevent dementia from developing as you get older. This is what scientists reported in March 2016 at the National Meeting and Exposition of the American Chemical Society (ACS), held in San Diego.

Already known as a “super fruit” for its ability to help ward off heart disease and cancer, and promote weight loss, blueberries are loaded with antioxidants that experts now say can help prevent or at least slow down the devastating effects of dementia, an umbrella term for diseases that impair cognition.

“Our new findings corroborate those of previous animal studies and preliminary human studies, adding further support to the notion that blueberries can have a real benefit in improving memory and cognitive function in some older adults,” said Robert Krikorian, PhD, leader of the research team, quoted in an ACS news release.

It is estimated that more than 5 million Americans are afflicted with Alzheimer’s disease, with that number expected to climb above 7 million by 2025 as the population ages.

Krikorian and colleagues of his at the University of Cincinnati Academic Health Center conducted a pair of human studies as follow-ups to earlier clinical trials. In one of the studies, researchers fed either freeze-dried blueberry powder or a placebo powder once daily for four months to 47 adults aged 68 and older with mild cognitive impairment, Their results showed improvement in cognitive performance and brain function in those who had the blueberry powder opposed to those who took the placebo. Functional magnetic resonance imaging also showed increased brain activity in those who ate the blueberry powder.

Blueberries’ benefits are believed to emanate from anthocyanins, which are the plant chemicals that give blueberries their deep blue/purple color. Anthocyanins are thought to work on the brain several ways, among them by improving blood flow, reducing inflammation and helping with the transmission of information between brain cells.

The research reported at the ACS conference seems to confirm earlier studies that have linked blueberries with cognitive benefits. Some of that research citing the power of blueberries also has identified strawberries (which also contain anthocyanins) and maple syrup as ingestible foods with the potential to slow cognitive degeneration by several years.

Blueberries are part of one of the 10 types of food that comprise the trendy MIND diet, which refers to the Mediterranean-DASH Intervention for Neurodegenerative Delay diet that also has been singled out as potentially helpful in reducing the risk of dementia. Essentially, the MIND diet, according to the Dementia Research Foundation, targets berries and green leafy vegetables as particularly beneficial as part of a “brain health” diet while cautioning against foods such as butter, cheese, pastries and sweets.

A recent study published in the journal “Alzheimer’s and Dementia, based on a questionnaire that asked 923 participants (ages 58 to 98) to self-evaluate their diets, found that those who faithfully adhered to a MIND or Mediterranean diet had a 50 percent reduction in the rate of Alzheimer’s disease. Even those who moderately followed their diets showed a 35 percent reduction.

For those of you looking to be particularly “MIND-ful” when shopping for groceries, here are the recommended 10 types of foods on the MIND diet on which to focus your diet, followed by five others to avoid:

Next time you are in the grocery store, make it a point, if you haven’t already, to introduce yourself to the blueberries in the produce section. Think about it real good.