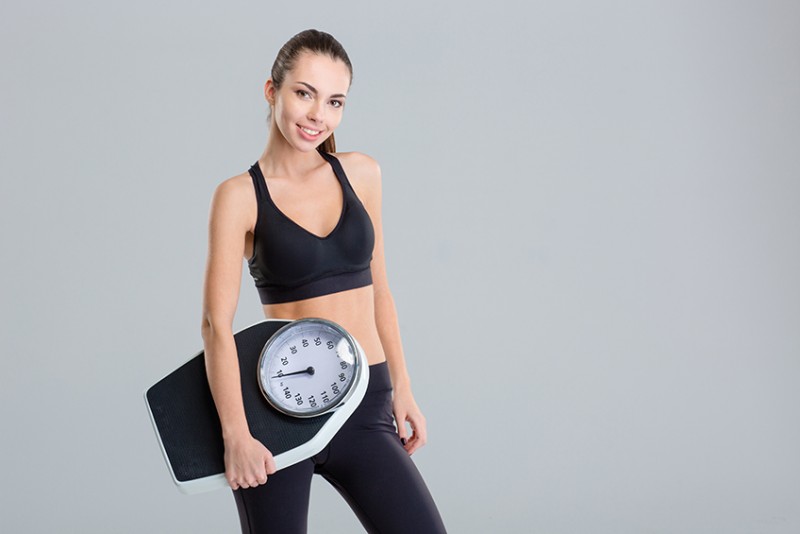 Berberine is an alkaloid found in a variety of plants, most notably a group of shrubs known as Berberis. It is a compound with a prominent place in traditional Chinese medicine dating back centuries. Berberine’s many uses include regulating blood-sugar and cholesterol levels, reducing harmful inflammation throughout the body, and playing a healthy role in fighting heart disease. Berberine also is a proven success story when it comes to inducing weight loss, and it plays this role well through a variety of functions.

Multiple studies have shown that berberine is an effective weight-loss supplement. In one 12-week study of obese human subjects, they were given 500 milligrams of berberine three times a day, and they showed an average loss of five pounds in that time.

As a popular, effective natural supplement, Berberine is not some magical cure that, once ingested, melts off the pounds like those outrageous claims made by manufacturers of some products touted for their too-good-to-be-true weight-loss results. It’s important to have confidence in what a supplement can truly accomplish in helping you lose weight. Such confidence begins with a firm understanding of the scientific principles behind what berberine does in our body; namely, how it attacks fat several different ways.

Essentially, berberine promotes weight loss by utilizing specific hormonal pathways, as restartmed.com describes it. As powerful and multifaceted as berberine is, though, it can’t help us lose weight by itself. A proper diet grounded in sound eating habits and at least a moderate exercise regimen go a long way in helping us drop the pounds. That said, let’s look at some of the mechanisms and pathways that involve berberine as it goes to work on our behalf.

The basic principle is this: more energy production equals more weight loss. This brings us to mitochondria, which are cytoplasmic organelles that play an important role in the generation of metabolic energy in eukaryotic cells by a process known as oxidative phosphorylation. Without doing a deeper dive on that mouthful, suffice it to say that mitochondria are partly responsible for the metabolism of our entire bodies. The more of them we have and the better that they function, the more energy we will burn, even while we are at rest.

Berberine can give a boost to mitochondria biogenesis, which means it produces a greater quantity of mitochondria in muscle mass. This can increase our body’s metabolism, which in turn helps promote weight loss, as does exercise.

Just like there is good cholesterol and bad cholesterol, there is also what is known as good fat and bad fat. Brown fat is what’s known as the good fat, called that because by increasing the production of heat, it helps your body burn more fat. This is where berberine comes in, as it promotes the development of brown fat in your body.

As the National Institutes of Health (NIH) put it, berberine activates thermogenesis (heat production) in white and brown fat tissue. This increases the expenditure of energy and limits weight gain at a time when obesity has become a widespread occurrence in America. Also, by increasing body temperature, per restartmed.com, berberine plays a part in reducing cold intolerance, thus giving it the capacity, again, to increase our fat-burning metabolism.

Berberine’s sterling reputation as a healthy supplement in large part is built on its ability to help diabetics by its interaction with the hormone insulin and in its ability to lower blood-sugar levels. It’s known that insulin levels can affect weight gain, with many overweight people showing at least some level of insulin resistance.

Berberine can counteract out-of-whack insulin levels by activating a protein known as AMPK (described as a "master regulating switch" by healthyalternativemarkets.com), which works to sensitize our bodies to insulin and sets in motion fat-burning enzymes that help reduce body fat stores. In tests with mice – which correlates well with what happens in human bodies – berberine reduced body weight and plasma triglycerides without altering food intake. So, not only do these findings indicate that berberine can be beneficial in the treatment of diabetes, it also is a great soldier in the fight against obesity.

Inflammation throughout the body, or even in just a few localized areas, can play havoc with our weight. Widespread inflammation can decrease our metabolism, reduce the efficiency of the thyroid hormone, impair hormones produced from fat cells, and have a negative effect on both insulin and leptin resistance – all of which can lead to weight gain as well as weight-loss resistance.

Although the exact mechanism defining the hows and whys is unknown, berberine’s many pharmacological effects, per NIH, include anti-inflammatory properties. Berberine also has been shown in studies to decrease liver cells inflammation, which is key in that liver inflammation can lead to fatty liver disease.

Our diet can itself be a problem, as well we know, but not just in terms of portions and calories. What’s known as “gut microbiota” brought on by diet-induced changes can contribute to obesity by altering how we digest and assimilate calories and food in our gastrointestinal (GI) tract. Berberine, again, can come to the rescue thanks to its robust antibacterial and anti-fungal effects that include decimating the excess negative bacteria in our GI tracts.