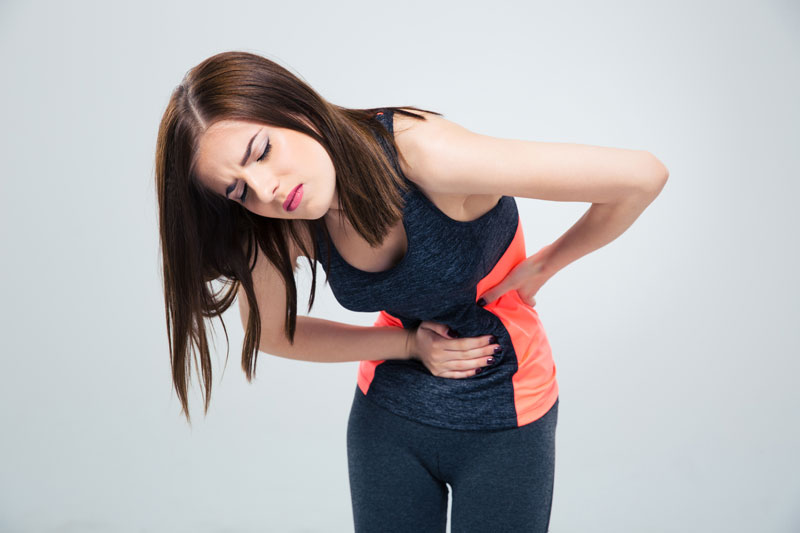 Considering the wildly mixed bag of foods we cram into our mouths – almost anything goes, from spicy to fatty to sugary to all points in between – and, in many cases, the volume of some ingestions, it’s a wonder our stomach and gastrointestinal (GI) system don’t scream, punch, or kick back at us more than it does.

Per the National Institutes of Health (NIH), small intestinal bacterial overgrowth (SIBO), which involves a boost in the concentration of bacteria, has been linked to a little more than half of all patients suffering from irritable bowel syndrome (IBS). SIBO, NIH continues (please excuse all the acronyms close together – it was unintentional) “is becoming an increasingly significant problem in clinical practice as its manifestations can be protean and range from a full-blown enteropathy causing profound malabsorption and malnutrition simulating celiac disease to mild symptoms that overlap with IBS.” A lot to swallow there, for sure.

All this talk about eating, digestion, GI tracts, good and bad bacteria, etc., falls under the umbrella of “gut health,” one of many areas in which berberine plays a significant role, as we’ll dive into a bit more in the sentences and paragraphs ahead. Gut health begins at birth, when trillions of bacteria flood the baby’s digestive system. It’s a sign of things to come for a lifetime, not just a “one-off.” It’s just part of who we are, in part influenced by what we eat.

Because our digestive system is so complex and among our body’s most important functional systems, problems can quickly compound. Bodily breakdowns can produce nutritional deficiencies, which, in turn, if not addressed, can lead to various conditions, syndromes or diseases that can be agonizingly painful, and, in some cases, that’s putting it mildly.

There are many factors that can cause digestive issues ranging from mild to, gulp, fatal, and here are several of them:

Berberine to the Rescue

Berberine has been a popular topic in this blog space for good reason – it can do many things to bolster our health, and it does them well, such as helping in the functionality and low-grade repair of our digestive system, as needed.

A quick review on berberine: it is a natural alkaloid found in an assortment of traditional herbs, among them goldenseal, barberry, Oregon grape and tree turmeric, per draxe.com. Its extracts are best known for their antibacterial characteristics and are effective in treating many physical conditions that otherwise would beg for antibiotics.

Berberine is sourced mostly from India and China, where for thousands of years it has been a vital compound in the practice of traditional Chinese and Ayurvedic medicines. Its wide range of uses has been found effective in treating the likes of diabetes, heart disease, high cholesterol, high blood pressure, joint problems, weight and – for what our focus subject is today – gastrointestinal infections, many of which affect digestion.

This brings us back to SIBO, as mentioned earlier here, in which there is an excess of bacteria in the small intestines. Oral antibiotics have for years been the go-to treatment for going after such bacterial overgrowth, but with the downward trend in the use of antibiotics because of their decreasing effectiveness, berberine is increasingly seen as a handy substitute for antibiotics. As an herb, it makes for a promising alternative treatment with bacterial overgrowth in the gut as well as with other digestion-related maladies.

One study, cited at draxe.com, found that an herbal treatment using berberine was just as effective – and as safe – as a traditional antibiotic treatment.

Want to avoid an upset stomach? Next time, think berberine. It’s the kind of treatment alternative easier to digest.