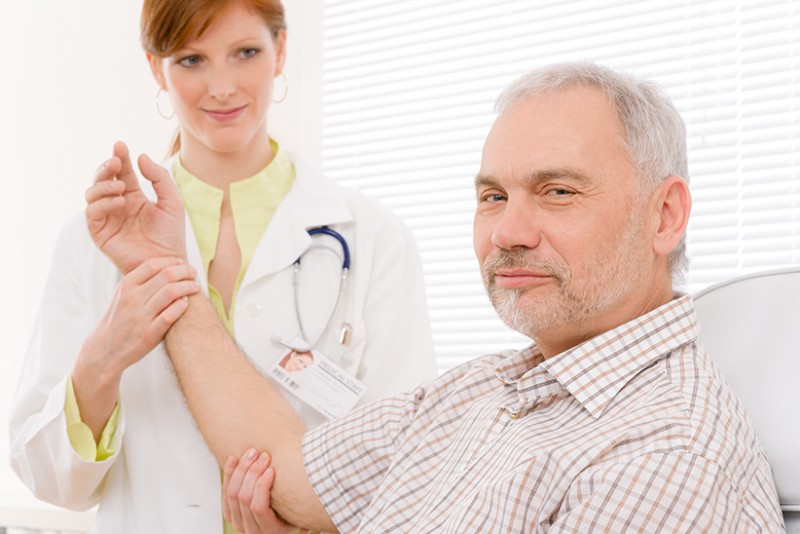 A little inflammation, even a moderate amount, is a good thing. It is one of our body’s means of healing itself. When we suffer an injury or contract an illness, our immune system goes to work, sending millions of white blood cells via a heightened blood flow to the location where it is immediately needed. Inflammation results.

Inflammation at work is a process of healing, typically accompanied by swelling, redness, heat, and pain (or at least some discomfort), as Dr. Axe puts it. Such is the case when we suffer a cut or a scrape. Within minutes it is typically accompanied by a sensation of heat as well as puffiness around the wound, with the arrival of the increased blood flow. Inflammation in a healthy body is the routine and effective response that initiates and speeds along healing.

The Root of Inflammation

There are times that our immune system will overreact, however, and begin attacking healthy body tissues, producing an autoimmune disorder, such as leaky gut. It can also result in inflammation in other areas of the body where healing is not required – where there is no injury or illness. This gives rise to the potential for inflammation-related diseases such as diabetes, in which inflammation can affect insulin resistance; high blood pressure; or asthma, a condition in which inflammation affects our airways.

Diet as an Anti-Inflammatory

Healthy eating and good health go hand in hand in many targeted ways. Certain diets and food choices are aimed at weight loss; others to enhance our cardiovascular system; still others to strengthen our bones and joints, or to aid in our cognitive function and perhaps even stave off forms of dementia such as Alzheimer’s disease. Following is a sampling of foods that can comprise your anti-inflammatory diet:

Berberine to the Rescue

Of all the supplements enlisted in the war against inflammation, berberine, a plant alkaloid, is one of the most effective. Per hindawi.com, it is a natural compound extracted from plants such as Coptis chinensis and Hydrastis canadensis, and it has numerous pharmacological properties. Abbreviated as “BBR” in medical journals, berberine has been shown in recent studies to have “antioxidant and anti-inflammatory activities, which contributed in part to its efficacy against diabetes mellitus (diabetes),” as stated by hindawi.com.

Diabetes has been identified as an inflammatory disease. BBR’s increased use in modifying sugar and lipid metabolism for the better has been shown in numerous experimental and clinical studies. Not only has berberine’s effectiveness in lowering glucose levels been compared favorably with pharmaceutical drugs such as metformin and rosiglitazone, its mechanisms also have proven beneficial in restoring insulin insensitivity. One more diabetes-related praise for BBR – its low toxicity makes it accessible and safe for diabetics also suffering from chronic hepatitis.

With its renowned anti-inflammatory capabilities, berberine also is an effective supporter of lung health, able to diminish the effect of smoke-induced acute lung inflammation from cigarettes, per draxe.com. One study that was cited in “Inflammation,” a journal, reported that that berberine had a profound effect in lessening lung inflammation as measured with mice that were exposed to enough cigarette smoke to cause acute lung injury.

Berberine is a good supplement to have around for myriad reasons. It also has been proven effective protecting/fighting against other unwanted health conditions such as gastrointestinal infections, heart disease, joint problems, high cholesterol, hypertension, and low bone density.