Benefits of Probiotics Outside of the Gut or Digestion 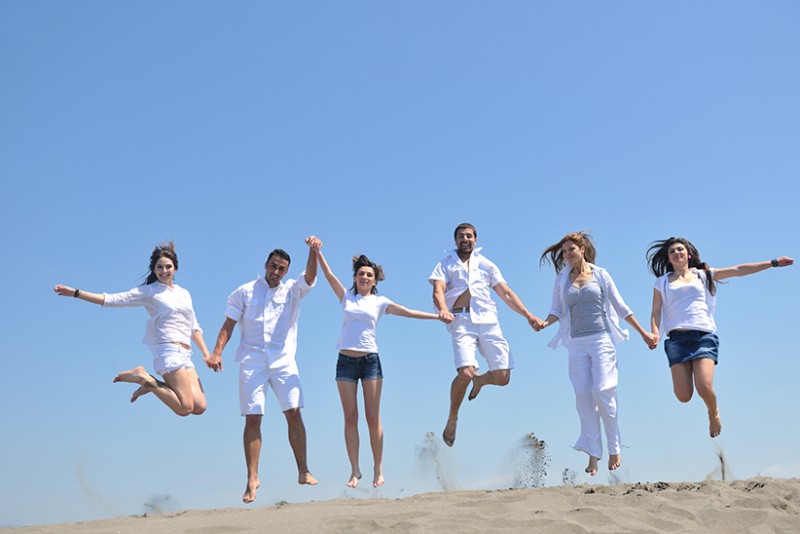 This how it usually goes with probiotics – make mention of these living microorganisms and the conversation goes straight to how probiotics benefit digestive and gut health. You know the drill: probiotics consist of “good bacteria” that are consumed via fermented foods or supplements and act to restore or strengthen the natural balance of gut bacteria. This aids in proper digestion and helps ward off diseases (such as inflammatory bowel disease and ulcerative colitis) and even diarrhea, which can often be a side effect of antibiotic use.

Thing is, probiotics can benefit more than just our digestive health in numerus other ways as well. In other words, they are a good friend to have around, either perched in your fridge in the form of yogurts and milk as well as sour cream and cottage cheese, or stocked in your pantry as nutritional supplements.

For example, probiotics can potentially enhance the effectiveness of our immune systems, in part by inhibiting the growth of gut bacteria that can be harmful, per healthline.com. Probiotics also can enhance the creation of antibodies in the body. Per National Institutes of Health (NIH), some strains of probiotics have been shown through trials to prevent respiratory infections. Another study involving more than 500 children showed how the probiotic Lactobacillus GG diminished the frequency and intensity of respiratory infections by 17 percent.

A Quick History of Probiotics

The use of probiotics can be traced back many years, more than 100, in fact, to Elie Metchnikoff, a Russian microbiologist, who in 1907, per health.harvard.edu, was reportedly the first person to link large amounts of fermented dairy products to the relative good health and longevity of Bulgarians. Metchnikoff postulated that the acid-manufacturing organisms in fermented dairy products (today’s yogurt, sour cream, etc.) could ward off what he called “fouling” in the large intestine, and that these foods, eaten often, could produce a longer, healthier life.

Interestingly, in terms of perhaps being on to something, Elie might have been beaten to the punch by thousands of years. That’s because according to one version of the Bible’s Old Testament, Abraham’s extraordinarily long life – count it, 175 years – might have been attributed to the “consumption of sour milk.” Folks, in today’s world, don’t try this at home – if your “regular” milk is sour, it’s time to toss it, but good.

OK, now that we’ve covered the bases of gut/digestive health, boosting the immune system, and fighting off respiratory infections, let’s look at some of the other benefits that probiotics provide to our bodies: