'B' is For Bee Products: Health and Nutrition Glossary A-to-Z 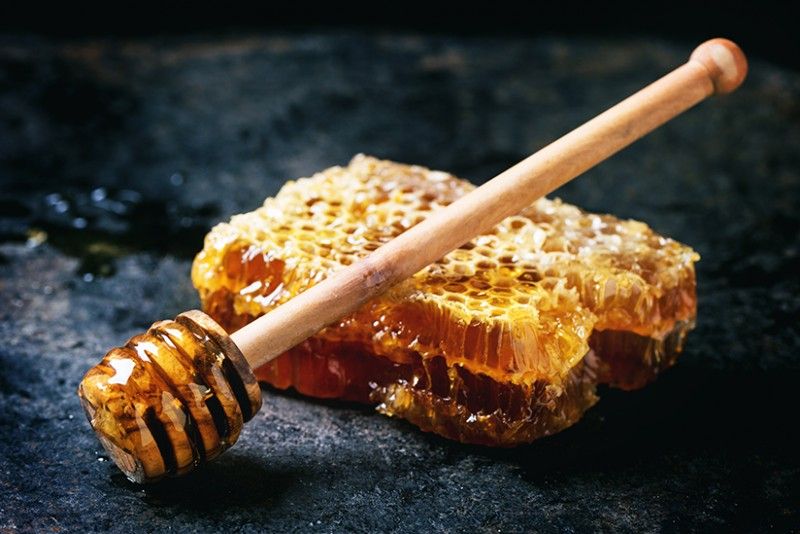 Bees can be annoyances at backyard barbecues or Sunday afternoon picnics. Sometimes they can even be a real pain, as in “Be careful where you stick that stinger.” But there’s a good side to the bee story as well. You might even call these brown or black and yellow bugs health nuts in a roundabout way. That’s in the sense that a variety of their by-products are known to provide health benefits for humans. Remember that next time you suffer or, better yet, ward off a bee sting.

There is plenty of buzz about honeybees when it comes to recognizing their helpful roles in not just everyday nutrition (think bee-produced honey) but also in medical science. These extremely hard-working insects pollinate plants (everything from avocados to zucchinis, per mindbodygreen.com) that feed us.

Their main roles are to protect their hive and support their queen (bee), per organika.com, while also preparing for times of scarcity. Their mission is not necessarily to serve or heal humans, but they do a nice job of that in several respects, albeit unwittingly.

Honeybees not only are great providers, they also are terrific role models. They comprise a predominantly female society: 95 percent of hive occupants are female workers and daughters of the queen. Per mindbodygreen.com, they are “selfless and work with swarm intelligence for the greater good of the hive. They do amazing things, like beat their wings at 250 times a second.”

Bee Products Are Grade A

Here are the various main bee products worth a closer look. Better yet, bring a spoon: