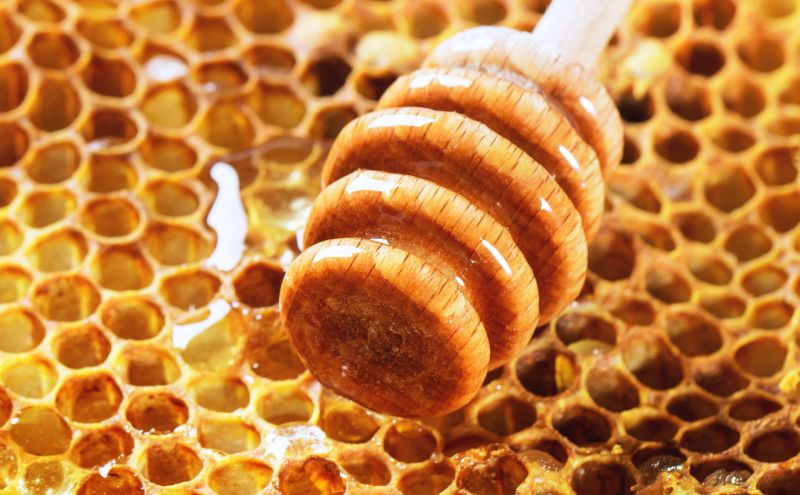 April showers bring May flowers, as well as weeks of discomfort for spring allergy sufferers.

Experts have estimated that more than 35 million Americans annually suffer from seasonal allergies, also referred to as hay fever or the more technical term, allergic rhinitis. Several weeks or more of springtime misery in the forms of stuffy and runny nose, sneezing, itchy, watery eyes and even a pesky cough can make anyone feel like a fat-headed rhino yearning for a safe and healthy fix.

So the question becomes, what to do about it?

One home remedy that has been popularized, if not legitimized, in recent years is the ingestion of honey; more specifically, raw honey produced in proximity to where the sufferer lives. Like real estate, it’s all about location, location, location. Local bees produce honey from the same varieties of flowering plants and grasses that give allergy sufferers fits, therefore making local honey the best bet for alleviating allergy symptoms.

Proponents of honey as an allergy-arresting agent tout its supposed immunotherapy qualities. Honey, supporters say, can trigger the body’s immune system response. In this case the locally produced honey contains an assortment of the same pollen spores that bring agony to sufferers when flowers and grasses are blooming.

As nice as this sounds, however, medical science has not yet given its blessing to honey as an antidote to the perils of pollen. Scientific studies have been inconclusive, a mixed bag at best. A 2002 study conducted by University of Connecticut researchers, working with 36 volunteers divided into three groups, found, according to healthline.com, no significant differences in symptoms when using raw local honey for one group; nationally pasteurized, filtered honey for another; and honey-flavored corn syrup as a placebo for the third group.

On the other hand, as reported by health.howstuffworks.com, an informal six-week study by students at Xavier University in New Orleans found that two groups of allergy sufferers – one seasonal and the other year-round -- ingesting “regular” honey on a daily basis showed improvement in terms of allergy relief. One subgroup that was fed raw, local honey showed even more improvement of symptoms.

Also, Finnish researchers, according to healthline.com, found that honey laced with birch pollen fed to patients with a known allergy to birch pollen showed a 60-percent reduction in symptoms. Admittedly, though, the role of the honey itself in helping to relieve those symptoms was inconclusive.

Even if honey isn’t a cure-all for all allergy sufferers, it is generally recognized for its other health benefits, such as aiding in the destruction of assorted infection-causing germs. Note, though: Parents are strongly cautioned to avoid feeding honey to children under the age of 12 months. Honey spores growing in the intestines of small children can produce harmful toxins.

As with any homespun treatment or remedy, please consult your physician before using honey for medicinal purposes.

Author’s note: I have in fact consulted my physician about this, and here’s why: I have suffered from spring allergies as far back as I can remember, although this could be the year I finally reach for a jar of healthy honey elixir. I’d be dumb not to. Not only does my personal physician endorse the allergy-fighting qualities of honey, he and his wife make the stuff at home, in their backyard bee farm. And they live just a couple miles from me. Locally produced, raw honey? Bring it on.