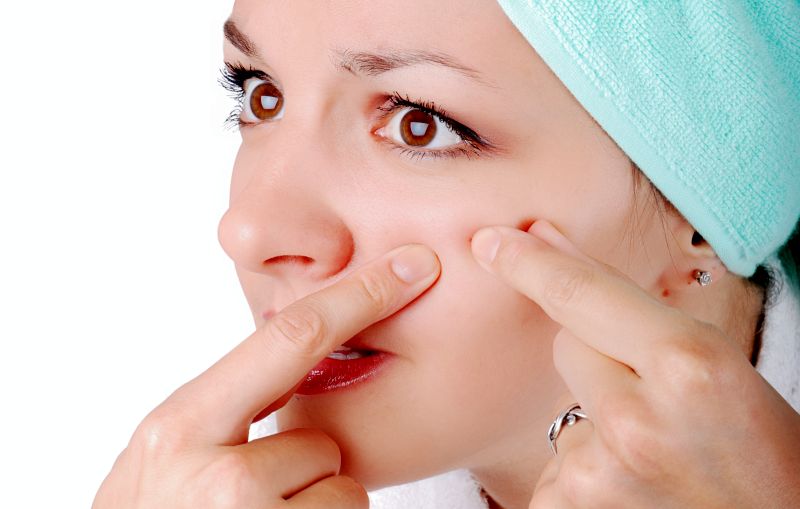 Thanks to social media icons such as Facebook, many of us are hooked on sentimentality, digging out and posting old photos from decades ago. Our newfound fascination with nostalgia has given birth to Throwback Thursdays and Flashback Fridays; presumably, Sentimental Saturdays and Sundays can't be far behind.

Chuckles abound all around as we admire these old photos and show them off to cyberspace citizens, giving glimpses of what we looked like with a head full of hair and a belly as relatively flat as a pancake; our tastes in fashion jumping from cut-offs and bell bottoms to sandals and high-top sneakers.

Look a little closer, though, and notice the dreaded zits or trademark braces that helped provide the smile our folks wanted us to have. About those zits; while many of us thought we were leaving them behind once we hit our 20's, some of us as adults have experienced our worst nightmare, a return of acne that flies in the face of Throwback Thursdays and Flashback Fridays, meaning unhappy days are here again.

"Adult acne is a very common problem, but an under-recognized one," says Jeffrey Weinberg, MD, clinical research director at New York's St. Luke's-Roosevelt Hospital Center, quoted at webmd.com. "People think it doesn’t happen in adults, but it does."

Adult-onset acne, as it is referred to by dermatologists, according to the American Academy of Dermatology (aad.org), is most common among women going through menopause. Acne continues to afflict some adults, male and female, well into their 50's, even those who managed to evade acne as youngsters. No age discrimination here.

Common triggers for acne, according to prevention.com, are hormonal changes, such as a spike in oil-production-increasing testosterone; diet, with various culprits that include simple carbs and sugar, dairy products (especially those coming from hormone-fed animals), and chocolate, one of our reliable old favorites from days gone by; stress; and high testosterone or Polycystic Ovarian Syndrome (POS). We sort of always knew that chocolate and pimples went together like kissing and cold sores, but what exactly is going on when middle-agers are taking it on the chin (and occasionally the neck and other places) from zits?

Let's start with stress. Researchers have linked stress to acne assaults because of androgens, a type of hormone pumped out by our bodies as a stress response. These androgens activate hair follicles and oil glands in the skin, oftentimes producing acne. Genetics can also play a part in acne's occurrence, as does certain hair and skin care products used on certain people susceptible to acne. Don't rule out medicinal side effects, either, says the AAD. Whatever the source, they sure are unsightly.

"I've seen patients shy away from certain situations — they've canceled dates and rescheduled meetings at work — because they're ashamed of their breakouts," says Joshua Zeichner, M.D., a New York City-based expert on dermatology, quoted at womenshealthmag.com.

Popping zits (not a great idea) or covering and (hopefully) drying them up with some well-placed Clearasil may hearken back painful memories of pizza-face days (okay, that's a bit extreme, we admit), but let's work to stop them from appearing in the first place. Less stress? Make sure you're getting enough sleep at night; eight hours, at least. Every little bit helps.

Antibiotics used to be a popular treatment, but today's concern is that acne-causing bacteria have grown resistant to drugs. That leaves us with a greater reliance on topical treatments such as a salicylic acid cleanser "to help dissolve dirt and oil and gently exfoliate the skin" (womenshealthmag.com). Then there's isotretinoin, which used to be sold as brand name Accutane, proven effective in fighting acne although it comes with what the Wall Street Journal suggested is a checkered past.

Eating the right foods and avoiding the wrong stuff, like with most anything health-related, is part of the answer. Dr. Valori Treloar, co-author of "The Clear Skin Diet," suggests ditching dairy and low-nutrient processed stuff, replacing it with whole foods rich in antioxidants and fiber yet on the low end of the glycemic index. "Eating for clear skin is the same as eating for good health," mensjournal.com quotes Treloar. "Your skin needs building blocks to regenerate and repair, just as the rest of your body does."