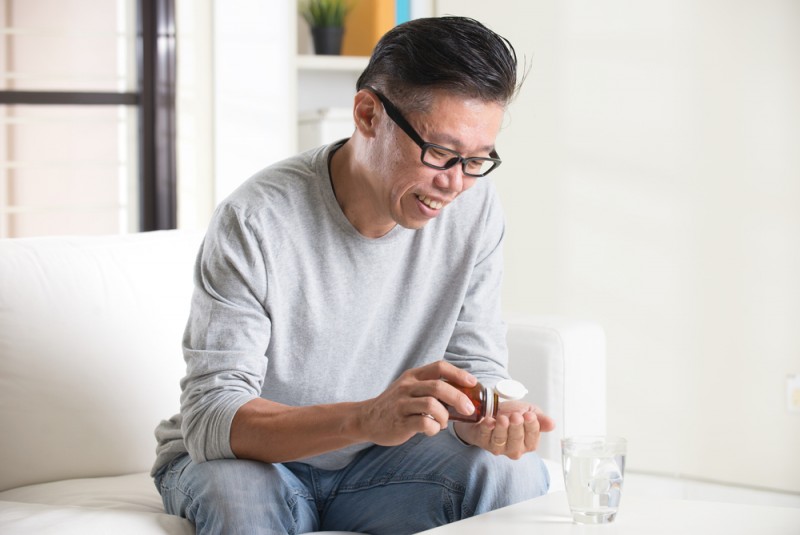 Some people subscribe to the idea that 50 is the new 30. It’s no wonder. Many people over the age of 50 are running marathons, starting new careers, and engaging in active lifestyles — with no thoughts of retiring to a more sedentary lifestyle.

However, no matter how healthy and active a person may be, it’s important to check the personal intake of these four vitamins after turning 50.

Many people may be accustomed to taking a multivitamin. However, beyond 50, it’s essential to take another look at some vitamins that may insufficiently absorbed into the body. They include Vitamin B12, Vitamin D, magnesium, and calcium — especially for women. Take a look at these vitamins and their benefits:

1. Vitamin D: According to Dr. Michael F. Holick of Boston University’s School of Medicine, Vitamin D can reduce the risk of developing various types of cancer by up to 50 percent. They include colon and breast cancers. However, fewer than 10 percent of women over the age of 50 are getting adequate amounts of this vitamin through their diets. The vitamin can be absorbed through exposure to sunlight, however, as a person ages, the body is less able to  produce Vitamin D that way. Other sources of Vitamin D include eggs, fatty fish, and fortified foods like bread, cereal and milk.

2. Calcium: Well documented for years, bone loss is a concern among older adults — especially women. Generally, a person doesn’t have symptoms of bone loss until they suffer a fall and fracture a bone. According to the  U.S. Surgeon General, about half of all Americans will have weak bones as a result of bone loss — potentially becoming susceptible to osteoporosis, a disease that’s caused by bone loss. A physician may prescribe a calcium supplement, as well as osteoporosis medication for people with the disease.

3.  Magnesium: The National Health and Nutrition Examination Survey found that older adults are more susceptible to magnesium deficiency because of the body’s decreasing ability to absorb the mineral from food as it ages. Studies have shown that magnesium lowers blood pressure, lowers the risk of diabetes, and fights inflammation, among other benefits. The mineral can be found naturally in foods like leafy greens, nuts, bananas, and oatmeal.

4. Vitamin B12: Deficiencies in Vitamin B12 are more common among older people. According to the National Health and Nutrition Examination Survey, about 20 percent of people over the age of 50 have a borderline deficiency in Vitamin B12 and about 3.2 percent of people in that age group have a serious deficiency. Because the vitamin is primarily found in animal products, it can be difficult for vegans and vegetarians to get adequate levels. Good sources of Vitamin B12 include liver, beef, salmon, yogurt, milk, eggs and chicken.