Add Some Spice to Your Healthy Life 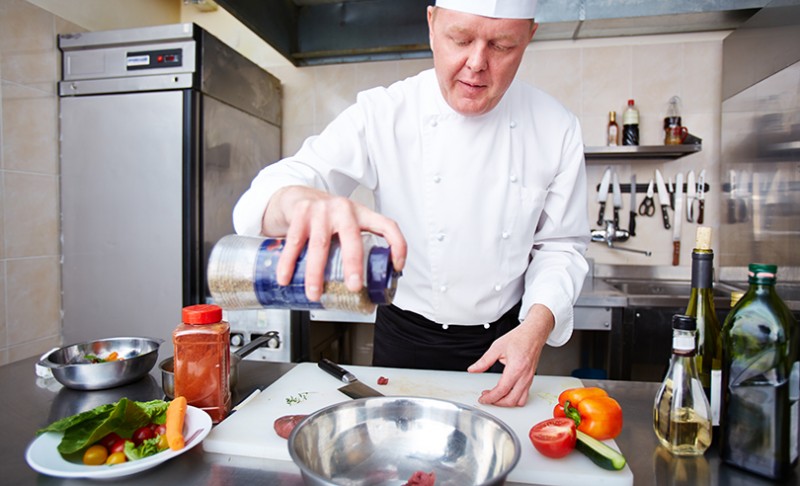 When it comes to eating, herbs and spices can make things remove the plain or even drab, and add a touch of fascinating. It turns out they can also keep you healthier. If you don’t usually cook, then you might not think much about herbs and spices. Therefore, it might come as a surprise that simple, dried plant matter could be just as beneficial to your body and its systems as they are to your taste buds.

A huge factor leading to the health value of spices is that they contain antioxidants, per Johns Hopkins Medicine. As explained by Mayo Clinic, antioxidants are substances thought to protect your cells against free radicals, which are produced when your body breaks down food. Free radicals can have various detrimental effects. Given the antioxidant properties of spices, their health benefits come as no surprise. Here is a look at some of the healthiest spices and what they can do for you, but be sure to discuss use of any of these for medical purposes with your physician.

Turmeric is a common supplement thought to help fight inflammation, which is generally a leading byproduct of disease in the human body. Per Hopkins Medicine, multiple scientific studies strongly suggest taking turmeric. Turmeric contains curcumin, a powerful ingredient now known to lessen the occurrence of inflammation that is directly tied to Alzheimer’s disease and dementia.

Ginger has been shown to reduce nausea successfully and to also have a hand in fighting inflammation, according to healthline.com. Individuals experiencing nausea due to morning sickness, chemotherapy, or other causes were found to rid themselves of this symptom. Other research suggests that ginger might play a role in diminishing inflammation for those experiencing osteoarthritis.

Garlic: This herb has been used for a long time as a natural remedy. It is thought to play a role in fighting infections, including the common cold, per servings.org, thanks to its immune-boosting potential. Servings.org explains that allicin is the compound in garlic that is thought to be of great potential benefit to the body. It is also thought to help lower negative cholesterol and blood pressure.

Cinnamon: Cinnamon is unique, known for adding a bit of sweetness to food without the addition of sugar. Per Hopkins Medicine, studies indicate that it can lower blood sugar levels in persons with type 2 diabetes. They emphasize that cinnamon can also be beneficial to those at risk for heart disease because it might help reduce high blood cholesterol and triglyceride levels.

Cayenne is hot pepper, native to Mexico, South America and other areas. It contains capsaicin, which is a material known to help relieve pain, explains Hopkins Medicine. It does so by reducing the number of pain signals sent from your body to your brain. It helps relieve pain caused by arthritis, nerve damage related to diabetes, and maybe even ulcers. Since cayenne is spicy, try it with hot dishes such as soup, meat, or chili.

Rosemary: This spice is thought to help boost your concentration and your memory, and might help relieve stress, per servings.org. In addition to having antioxidant properties, it is thought to have antimicrobial properties as well. As a result, rosemary mixed within a marinade might help to reduce the carcinogenic effects of grilled meat. Essentially, per healthline.com, rosemary appears to be a means to suppress certain allergy symptoms and nasal congestion.

Sage is a plant long-known for its natural medicinal properties. It helps by inhibiting the breakdown of acetylcholine, a chemical messenger that exists in your brain. While acetylcholine is often diminished in individuals with Alzheimer’s, sage can help prevent this process and avert or delay the disease.