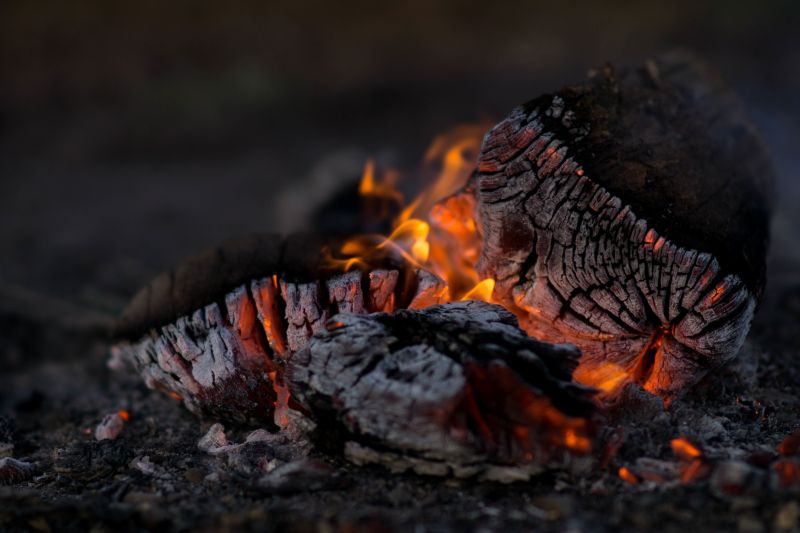 And you thought charcoal was meant just for firing up the barbecue to grill some hotdogs, burgers, steaks and seasoned salmon to feed the famished. Now we get word that charcoal – or, more specifically activated charcoal, has become the latest detox rage, used by those convinced, or conned into, it as an effective means to clean out toxins of their bodies, as if our bodies were unable to do this on their own.

A recent article in Harper's Bazaar described this alleged detoxing elixir as a "negatively charged carbon that's treated with oxygen to create a natural magnet for positively charged toxins that may be lining your digestive tract." Think of it as a liquefied or powdered vacuum cleaner.

Here's how it supposedly works: you gulp down some liquefied activated charcoal with its many miniscule pores that turn it into a sponge of sorts, soaking up deeply-hidden toxins lodged inside your body, be they pesticides, nonorganic vegetables, fish dioxins courtesy of contaminated water or perhaps breathed-in neurotoxins via mold, as described by Jeffery Morrison, a New York integrative physician quoted by Harper's Bazaar.

Of course, you might wonder, if activated charcoal is so good at searching and absorbing toxins from your body for removal, what's to keep it from also soaking up some of the good things that reside on your insides? How can an ingested, inanimate concoction make the distinction between nutrients and toxins while sucking stuff up? Here's one unscientific explanation: "Charcoal isn't absorbed by the body – it goes in, clings to poisons and toxins, then moves out – that's the beauty of it and why it's in all of our cleanses," said Danielle Charboneau, who runs a Los Angeles juicer, also quoted in Harper's Bazaar.

Although it might sound like nothing more than a health fad dreamed up by, how shall we say it, free-spirited individuals who crave experimenting with alternative health methods, activated charcoal as a detoxification method has some credibility because of its basis in legitimate medical treatments. For years it has been used by health care professionals using emergency protocols in which a victim has ingested life-threatening poisons or toxins that need to be quickly removed from the gastrointestinal tract.

In treating charcoal to produced its activated byproduct, the fine particles that are left behind are almost pure carbon, sciencebasedmedicine.org reports, giving the activated charcoal a substantial surface area that enhances its ability to absorb various chemicals. 'This is why you'll see charcoal as a routine ingredient as a filtering agent in commercial and household use, ranging from gas masks to water filters," sciencebasedmedicine.org says. "Depending on the production process, its ability to absorb different chemicals can be made to vary."

Activated charcoal also has long been sold through health food stores for an antidote to nausea and bloating. One popular form is charcoal lemonade, occasionally used by adherents as a morning-after countermeasure to a hangover. It also comes in pill form, even though experts have said there is little or no research that activated charcoal is good for anything other than therapeutic use in poisonings. By the way, most drugstores sell it in both liquid and powdered forms.

As long as activated charcoal remains trendy, it will have its fans who will believe in its detoxification properties. Fad-resistant health care experts, meanwhile, will say to just let the liver and kidney do their usual bang-up cleansing jobs, as suggested by renowned health expert Dr. Andrew Weil: "Focus on good nutrition, regular exercise and other healthy habits," Weil says.

Put it another way, don't be, well, sucked in by trendy promises. Better yet, feel free to discuss activated charcoal with your personal physician before you try it.