'A' Is For Antihistamines: Health and Nutrition Glossary A-to-Z 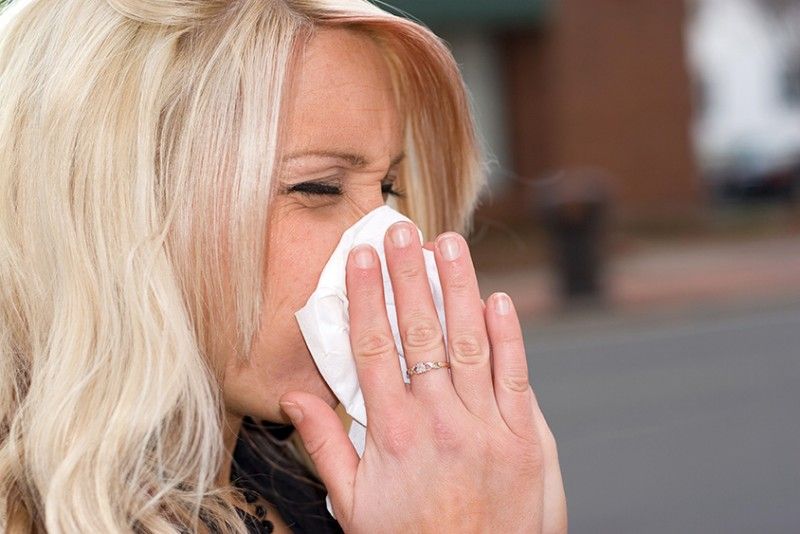 February is here; before you know it, it will be March. That means spring isn’t far off. For many of us, that means another season of spring allergies, or hay fever, lurks. It soon will be time to say hello to itchy eyes, runny noses, sneezing, and occasional fatigue (probably related to poor sleep), although it usually takes several weeks before our immune system gets naturally recalibrated and we can say good-bye on the back end to all that icky stuff.

Better yet, maybe we can find relief a little sooner in the form of medications – many of them over the counter – such as antihistamines, which are devised and intended to relieve or even eliminate the worst of those pesky symptoms. When we say A is for antihistamines, we could also say that A is for allergies, as well. Per the American College of Allergy, Asthma, and Immunology, as cited at everydayhealth.com, nasal allergies affect abut 50 million people in the United States (presumably on an annual basis). Lots of nose blowing, eye rubbing and even scratching about to get underway in droves.

What are Seasonal Allergies?

Seasonal allergies – and depending on your own health makeup and/or where you live – usually are associated with the spring months, although for millions of people there also is a fall/autumn version, including for this writer, something he discovered within a year or two after he moved from (hot and relatively dry) Texas to Tennessee (an allergens-rich environment, in places).

Such allergies also are known colloquially as “hay fever,” or, in medical terms, as allergic rhinitis, per acaai.org. Similar to skin rashes and other allergies, allergic rhinitis occurs when our body’s immune system “becomes sensitized and overreacts to something in the environment that typically causes no problem in most people.” And, yes, you don’t have to be exposed to hay to get “hay fever.”

It’s not just a seasonal thing, either. While the seasonal version of allergic rhinitis is typically the result of allergic sensitivity to airborne mold spores or pollens emanating from grass, trees, and weed, there is also a perennial form, in which allergy symptoms persist year-round. Sources include dust mites, pet hair or dander, cockroaches, or mold.

Before we close this part of the discussion on allergies, it’s worth knowing there is also a condition known as occupational rhinitis, or “work-related rhinitis,” as acaai.org puts it. This is where allergy symptoms are induced or further aggravated by workplace allergens. Sources could include things such as cleaning products, corrosive gases, chemical vapors, etc. That’s the time to call your allergist (or find one) for new or enhanced strategies.

The most common type of medication used to combat allergy rhinitis are antihistamines, some forms of which are available over the counter (OTC) or via prescription. These work by blocking the effects of histamine, a chemical found in the body that produces the allergy symptoms we experience so annoyingly. Per everydayhealth.com, histamine is produced in cells throughout the body in conjunction with the body’s inflammatory reaction to allergy, infection, or injury.

Per encyclopedia.com, antihistamines block histamine’s action at the H1 receptor site – they don’t have any effect on how quickly or slowly histamine gets released, nor does it render histamine inactive. What they do is fend off immediate reactions such as sneezing and itching. Interestingly, an antihistamine’s side effects make it potentially useful in treating anxiety through its sedative properties as well as preventing nausea, vomiting, and motion sickness through its antiemetic properties.

Spring is almost here – even an extended warm period before then can trigger spring allergens and get your nose to running and eyes to itching. Are you prepared?