9 Health Benefits That Honey Can Provide 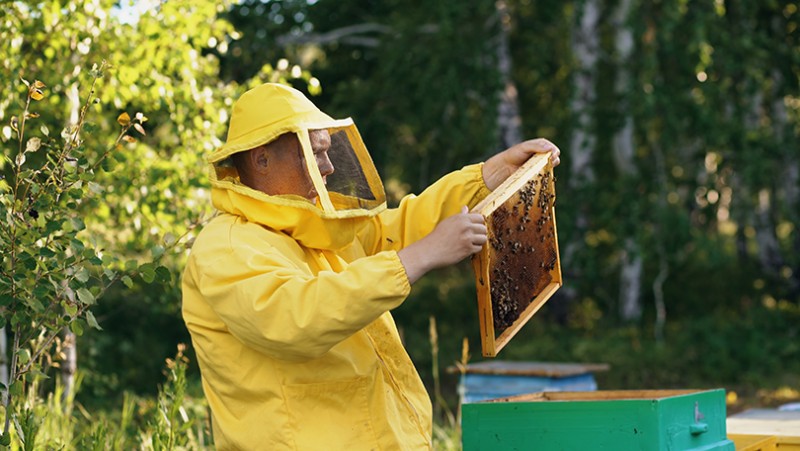 The enjoyment of consuming honey begins with the premise that it’s best not to picture how it is produced. Simply, bees collect the sugar-rich nectar from assorted flowers; once they get back to their beehives, they repeatedly eat, digest, and regurgitate the nectar. Eventually, they produce the end product we know as honey – a thickish liquid that is food for bees, with a smell, color, and taste contingent on the varieties of flowers being “tapped.”

Honey’s potent health benefits are attributed mainly to the bioactive plant compounds and antioxidants that comprise its content, per healthline.com. The darker the honey, the greater the amount of those healthful ingredients than what’s contained in the lighter shades of honey, although, per medicalnewstoday.com, the lighter, golden amber brand of honey tends to fetch a higher price than the darker varieties.

Honey’s abundance of antibacterial and antifungal properties has made it a staple in kitchens since the early days of Egyptian tombs, per medicaldaily.com, which also described honey as “liquid gold.” Honey has been used for its medicinal benefits for more than 5,000 years; it has also shown itself to be a healthier option at mealtime when replacing sugars in food items being consumed.

Honey as an Antidote to Seasonal Allergies

Honey not only is produced in a variety of shades, it is also sold in both raw and pasteurized forms. Raw honey is removed from the hive and immediately bottled, still containing trace amounts of yeast, wax, and pollen. Such a raw version of honey is thought to be an effective deterrent to seasonal allergies and symptoms that include watery, itchy eyes; runny nose; and bouts of sneezing.

Raw honey works in this regard because of its repeated exposure to pollen in the same area where it is being bought and consumed. Area consumers of such local brands of honey are, effectively, inoculating themselves against the symptoms of seasonal (i.e. spring) allergies by consuming the raw honey. This is provided they get a head start for several weeks before seasonal allergies hit.

Pasteurized honey, by contrast, has been heated and processed to remove impurities, per medicalnewstoday.com.

We’ve touched on the basics of how honey works and what makes it beneficial to our health in general terms. Let’s look at some of the specifics: