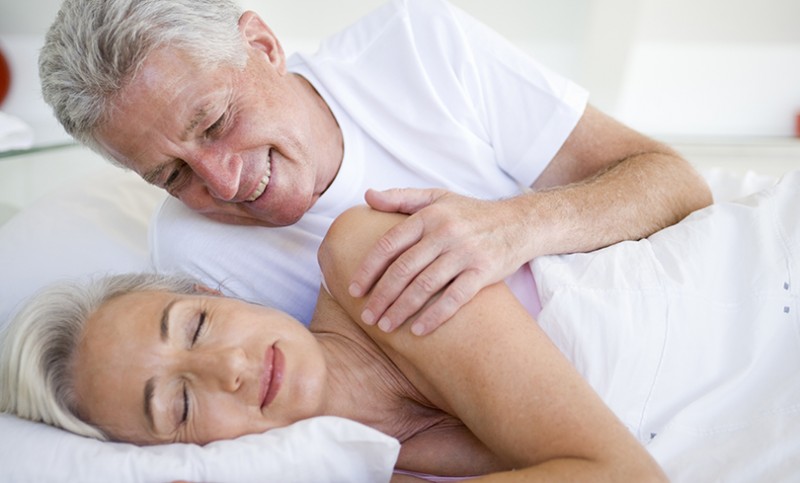 Per webmd.com, “It's what puts hair on a man's chest. It's the force behind his sex drive.” However, it’s very important to know that testosterone plays a role in sexual and physical health in both men and women, so both can experience symptoms when they don’t have enough of it.

With the primary “maleness” of testosterone in mind, it makes sense that a drop in testosterone (Low T) might explain why men experience a decrease in sex drive as they age. However, according to Dr. Jason Hedges, per webmd.com, it usually isn’t that simple. He explains that conditions such as diabetes and depression might also be responsible for a decrease in sex drive as a man grows older. Before assigning the blame for sex drive to a drop in T, it’s important to rule out these other possible causes. He says that only a blood test can truly determine if your T level is too low.

For many men, though, Low T is the problem. Testosterone production starts to decline around age 30, per webmd.com. A lower-than-normal score (for your age) might be attributed to obesity, type 2 diabetes, or other factors. For those men who do experience certain issues as a result of Low T and don’t know what’s causing it, it’s important that you find out so you can get proper treatment. If you experience one or more of the following symptoms, then it might be wise to consider getting a blood test to examine your testosterone level.

Lowered sex drive is one of the more common and obvious effects of a lower-than-normal testosterone level. Per medicalnewstoday.com, it’s clear that while this tends to happen with advancing age, Low T is bound to noticeably increase this phenomenon. However, Hedges at webmd.com made it clear that a total or near-total lack of sex drive is likely not attributable to Low T alone.

Erectile dysfunction is one of the other more commonly known effects of Low T. This applies to both getting and maintaining erections. Testosterone is responsible for producing chemicals that promote proper muscle function, and with Low T, function is significantly impaired at the very least. It’s important to know that other factors such as smoking and high blood pressure might be responsible for erectile dysfunction, per medicalnewstoday.com.

A decrease in bone density and strength is another negative consequence of Low T. This is because testosterone is critical in maintaining the strength of muscles and bones in men, both from a person’s youth through his or her later years. When this happens, the bones are more prone to fracture.

Depression and other emotional changes are possible results of low testosterone, per puresciencerx.com. Testosterone deficiency in and of itself can cause these changes, as can the feelings that might come when a man realizes that Low T is an issue for him. Depression, sadness, and diffidence all might be experienced by a person with Low T.

Difficulty sleeping might be related to Low T, in some cases. This is due to sleep apnea occurring in men with Low T. Sleep apnea (per medicalnewstoday.com) is a condition in which one experiences stoppages in breathing function during sleep, which results in difficulty falling or staying asleep. This problem may be accentuated by the next symptom on this list.

Weight gain might occur due to a lower-than-normal testosterone level. This might express itself in the occurrence of gynecomastia, a condition in which the breasts are enlarged, per medicalnewstoday.com. This is a condition which has been known to happen in some men with Low T. Keep in mind that weight gain can be both a cause and effect of low testosterone.

Decrease in strength and/or muscle mass is the last potential consequence of Low T that we’ll mention here. Because testosterone plays an important role in the maintenance of muscle strength, a lack thereof can therefore lead to a decrease in strength. This is certainly one of the effects that can occur in both men and women, as discussed by Dr. S. Adam Ramin of U.S. News & World Report.