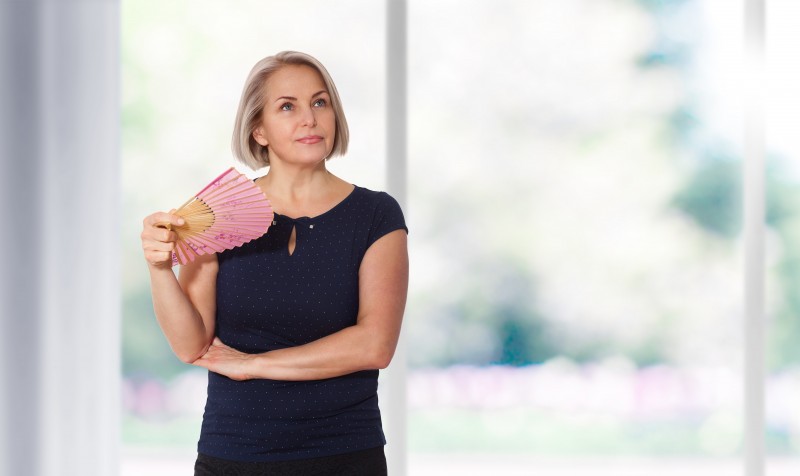 Menopause is a natural phase of life for aging women. Despite the potentially sensitive nature of this topic, it is worth discussing because it is both universal and important. There are a variety of measures that women can take to reduce the uncomfortable symptoms associated with menopause.

Menopause is a natural, often uncomfortable, and inevitable phase of life for women. Menopause specifically refers to the moment where a woman has gone 12 consecutive months without menstruating. There is a period of time, usually a number of years, before this point that is known as the “perimenopause”; in this time, estrogen levels decrease and menstruation becomes irregular or less frequent until it ceases to occur.

Menopause occurs in most women in their late 40s or early 50s. It is important to specify that menopause refers to the natural ceasing of the menstrual cycle, which happens absent of any surgery, medical condition, or medication that would cause menstruation to cease.

There are noticeable symptoms a woman will experience during perimenopause and menopause. The classic signs of menopause include hot flashes (usually occurring at night), vaginal dryness, insomnia, and emotional changes (e.g. mood swings, depression). Signs of perimenopause can include a worsening of premenstrual syndrome (PMS), and irregular or skipped periods.

Some women may also experience headaches, joint pains, changes in libido, and other relatively mild physiological symptoms during menopause. For all of these reasons, menopause can be physically and emotionally difficult for some women.

Because of the physical and emotional symptoms associated with menopause, some women have a particularly difficult time and might seek medical attention for their symptoms. A doctor might prescribe antidepressants for women who can benefit from them. Hormone therapy using estrogen and progesterone can be helpful to some women by alleviating their symptoms, but these need special medical consideration. Hormone therapies can be very effective, but they have potential side effects.

Non-hormonal therapies, especially certain lifestyle changes, are also recommended. Reducing intake of caffeine and spicy foods might help reduce hot flashes. Natural foods containing plant estrogens such as chickpeas, lentils, fruits, and vegetables likewise have the potential to ease suffering, but these are not equal in nature to hormone therapy.

Supplements That Can Ease Menopause Symptoms

Black cohosh is an herbal remedy with an established use as a treatment for hot flashes and mood swings. It is believe to be helpful because it contains phytoestrogens, natural forms of estrogen, that can benefit women experiencing symptoms due to the low estrogen levels that accompany menopause. Scientific studies have shown that taking the recommended dose of black cohosh might be as beneficial as hormone therapy.

Ginseng is an herbal remedy that has been used as a remedy for many things. It can be useful for menopausal women in improving mood and enhancing feelings of well-being. These might sound like generic benefits, but there is scientific evidence to support them.

Valerian is a flowering plant that is commonly available as an oral supplement. Many of the remedial uses of valerian are for its soothing and calming effects. In menopausal women, it is potentially useful in reducing both insomnia and hot flashes.

Red clover is another flowering plant that is commonly found in oral supplement form. It is often touted for its potential to reduce incidence of hot flashes, and other symptoms as well. Like some other natural remedies, it is a phytoestrogen, hence why it might be effective.

In considering how to approach menopause and the potential treatments for it, it’s important to take the various approaches into account. While natural, herbal supplements might really help some women, they might not be necessary for others. Always talk to a doctor first.