5 Symptoms of a Vitamin E Deficiency 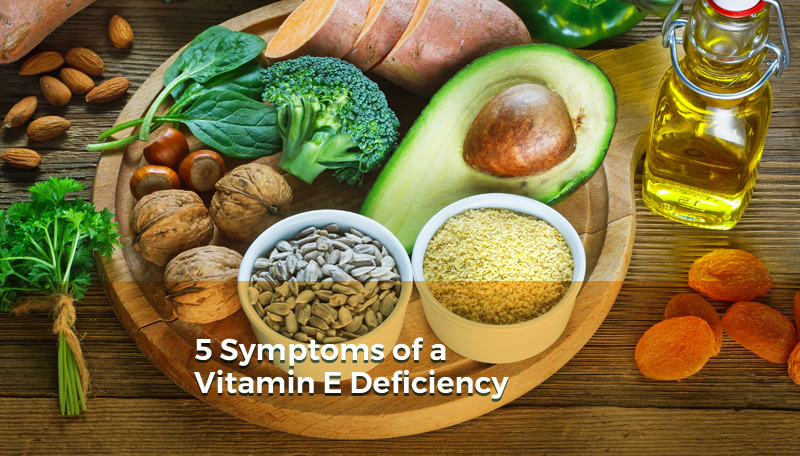 Vitamin E is a fat-soluble vitamin that is classified as essential. Because it is a fat-soluble vitamin, E requires a provision of fat from the food we eat in order to be properly absorbed. That’s one more reason to no longer fear knowingly including at least some fat in our diet, a concept we’ve had hammered into our heads in recent decades, only to now know that fat is not our true enemy—sugar now wears that crown.

One it is ingested, vitamin E is stored in the liver before it is released into the bloodstream to be used by our bodies on behalf of a variety of healthful functions, per medicalnewstoday.com. Dozens of different types of foods, ranging from almonds and hazelnuts to rainbow trout and crayfish to turnip greens and goose meat contain ample vitamin E.

What Vitamin E Is Good For

As a nutrient, vitamin E is best known for its antioxidant properties, per mayoclinic.org, which defines antioxidants as substances capable of guarding cells from the damaging capabilities of free radicals – which are molecules manufactured when food is broken down by your body or is exposed to tobacco smoke and radiation. Vitamin E is also key when it comes to vision, reproduction, and the health of your blood, brain, and skin, and it can play a positive role in reducing the risks of atherosclerosis and the rates of ischemic heart disease.

Per Mayo Clinic, some research has shown vitamin E possibly useful for slowing the progression of Alzheimer’s disease and alleviating symptoms associated with nonalcoholic fatty liver disease. Without adequate vitamin E, you are likely more susceptible to infections as well as diminished eyesight, and muscle weakness, which leads us to . . .

Symptoms of a Vitamin E Deficiency

Vitamin E deficiency, per NIH, is quite rare in humans because it is unlikely the result of consuming a diet low in the vitamin. “Rather, it tends to be caused by irregularities in dietary fat absorption or metabolism,” NIH reports. Causes of such a deficiency can include low birth weight for premature babies, disrupted fat malabsorption in the small intestine, cystic fibrosis, Crohn’s disease, and mutations in the tocopherol transfer protein causing fat metabolism, per NIH.