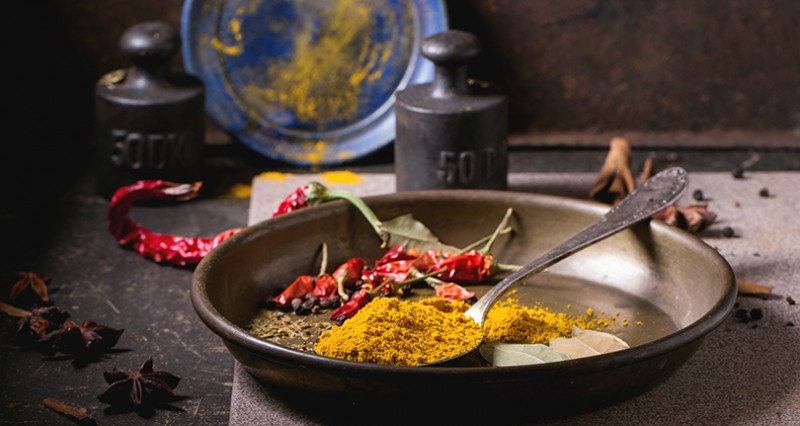 If you’ve ever eaten in an Indian restaurant, which typically offers among the tastiest of buffet lines, you have likely partaken of a botanical known for conveying numerous potential health benefits that have been observed for thousands of years. The key ingredient in Indian fare is turmeric, which is a member of the ginger family and has been a staple in Ayurvedic medicine dating back centuries.

“Turmeric is auspicious and one of the most important herbs,” says Anupama Kizhakkeveettil, a National Ayurvedic Medical Association board member, quoted at nytimes.com. “We use it for so many different conditions; it’s a time-tested herb. Unfortunately, our science doesn’t fit into complete randomized controlled trials. That is alternative medicine’s biggest challenge.”

What turmeric, and its primary compound curcumin, has going for it are mountains of anecdotal evidence. Millions of people and countless healthcare providers have extolled the health benefits of this herb, also commonly used in Asian cuisine, per webmd.com. It is also known for its yellowish color and warm, bitter taste that has been likened to mustard and pepper.

Where Does Turmeric/Curcumin Come From?

As you might have guessed, turmeric is a perennial herb that is native to India, per organicfacts.net, and is sourced from the plant’s rhizome. Nutritionally, turmeric is loaded, sporting an abundance of protein, vitamin C, calcium, iron, dietary fiber, sodium, vitamin B6, potassium, magnesium, and manganese. All that, and you get just 24 calories in a one-tablespoon serving of turmeric powder.

As much as turmeric is a delight for epicureans and a boon to your health, it is not easily absorbed by your gastrointestinal system. In Indian cooking, per nytimes.com, turmeric typically is cooked in fat, like oil, and that can help enhance its absorption. To help boost its absorption otherwise, some supplement manufacturers combine it with piperine, a chemical contained in black pepper, a means by which curcumin’s bioavailability is enhanced.

Turmeric, and more specifically its main ingredient of curcumin, have been shown through research and widespread use that they can provide numerous health benefits. Keep in mind, though, that more is not necessarily better, which is why users are wise to discuss its use with their physician. Per nytimes.com, up to two grams of turmeric a day is considered safe. Following are 10 of the herb’s potential health benefits: